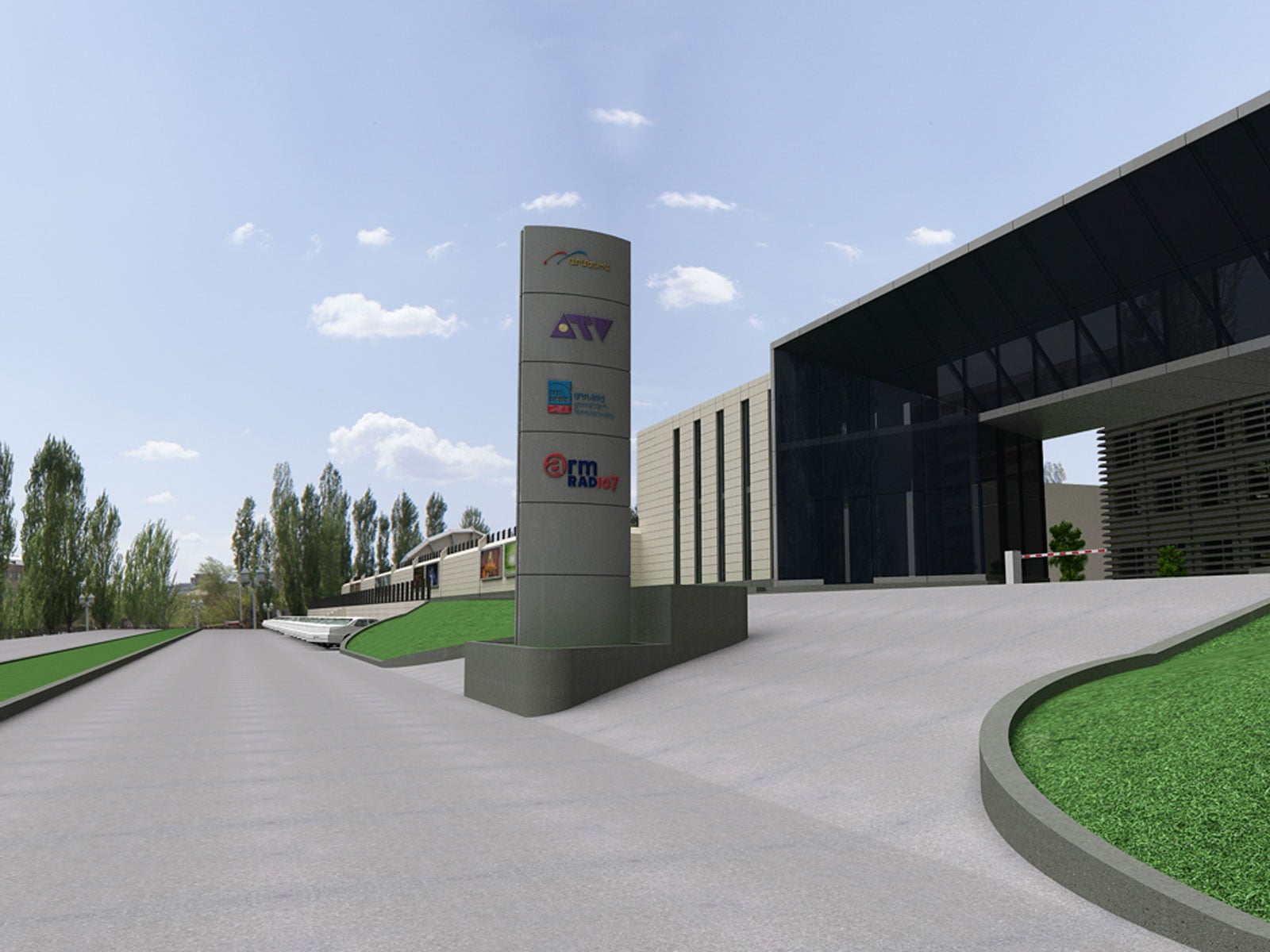 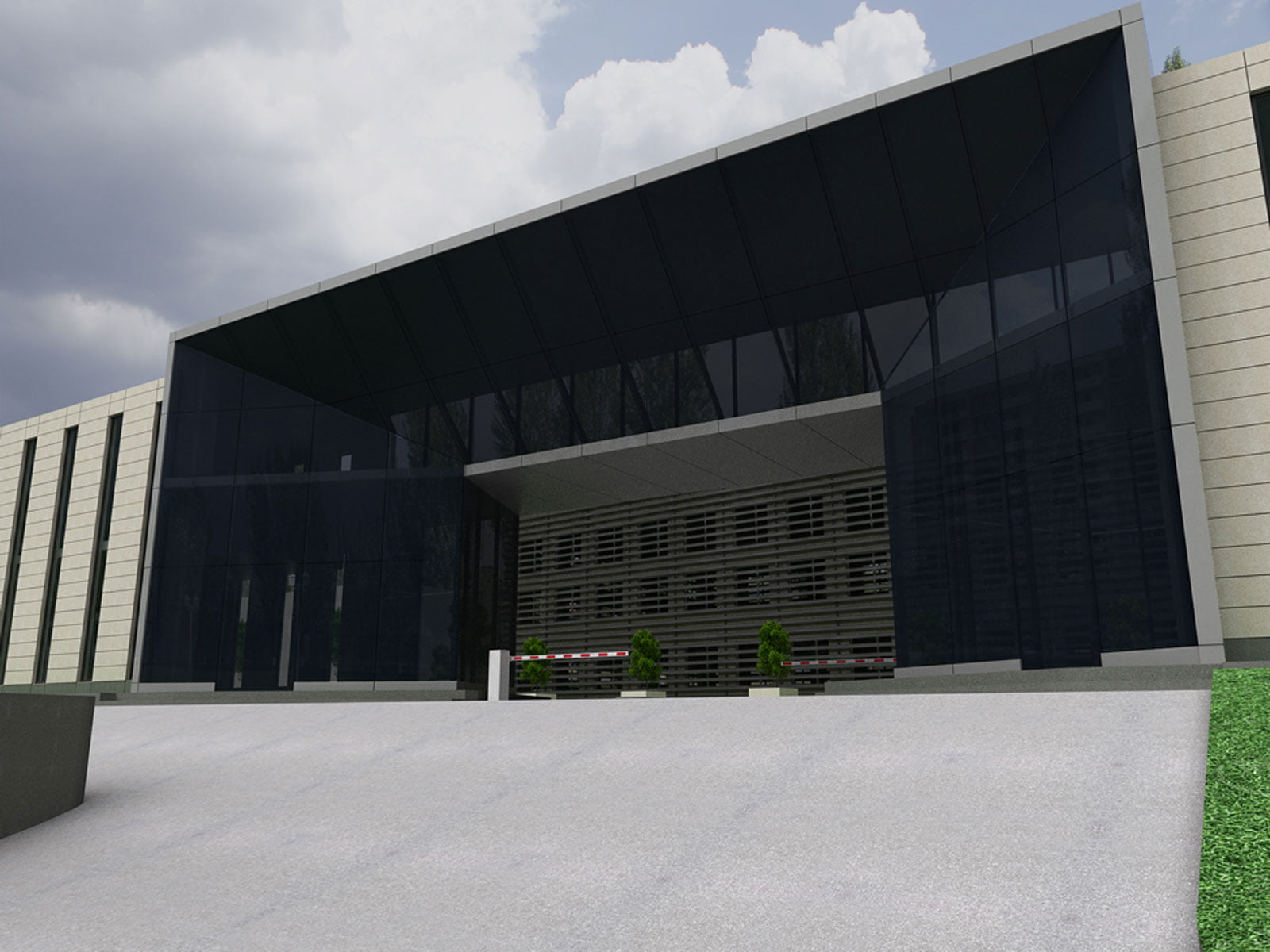 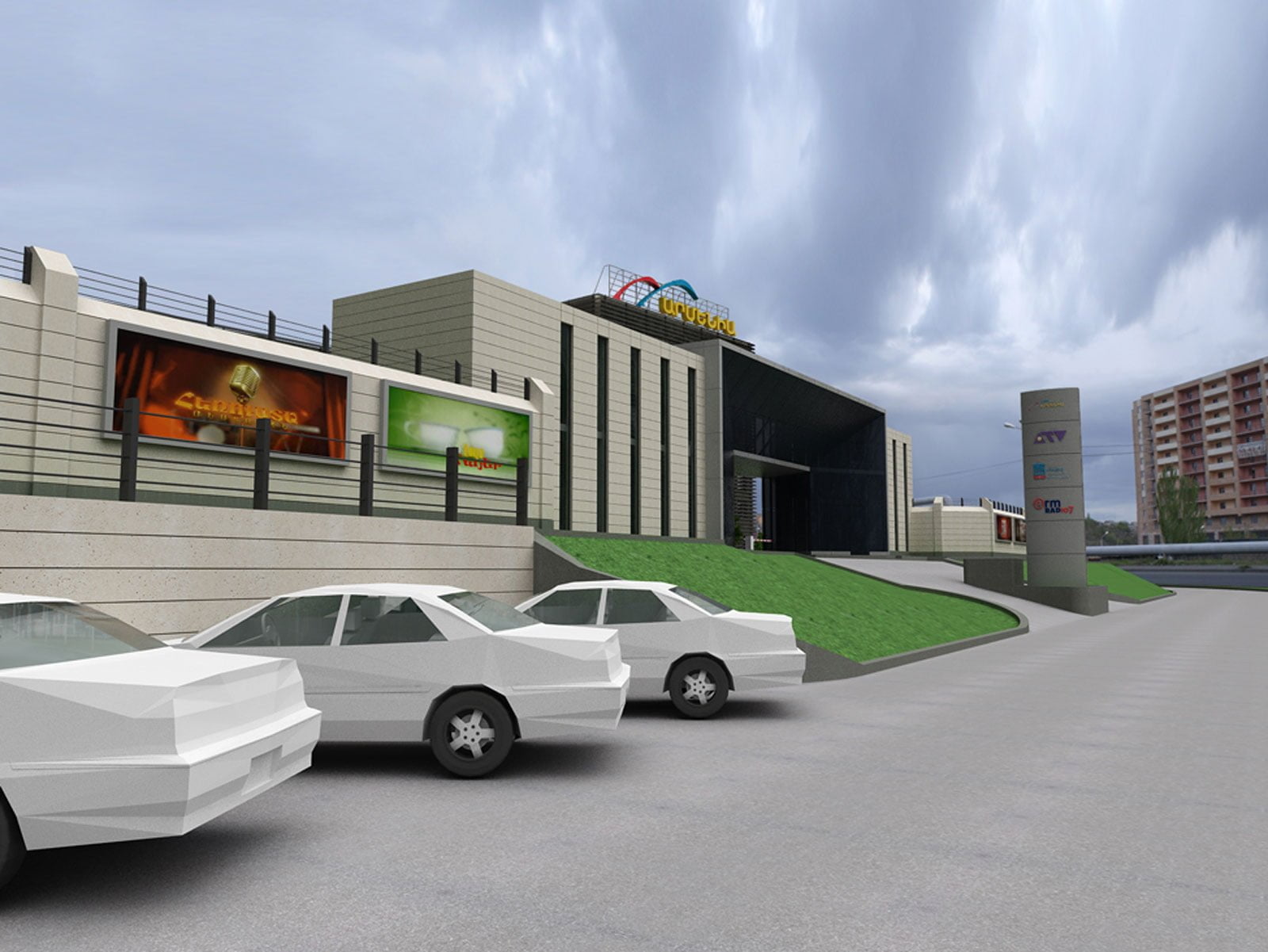 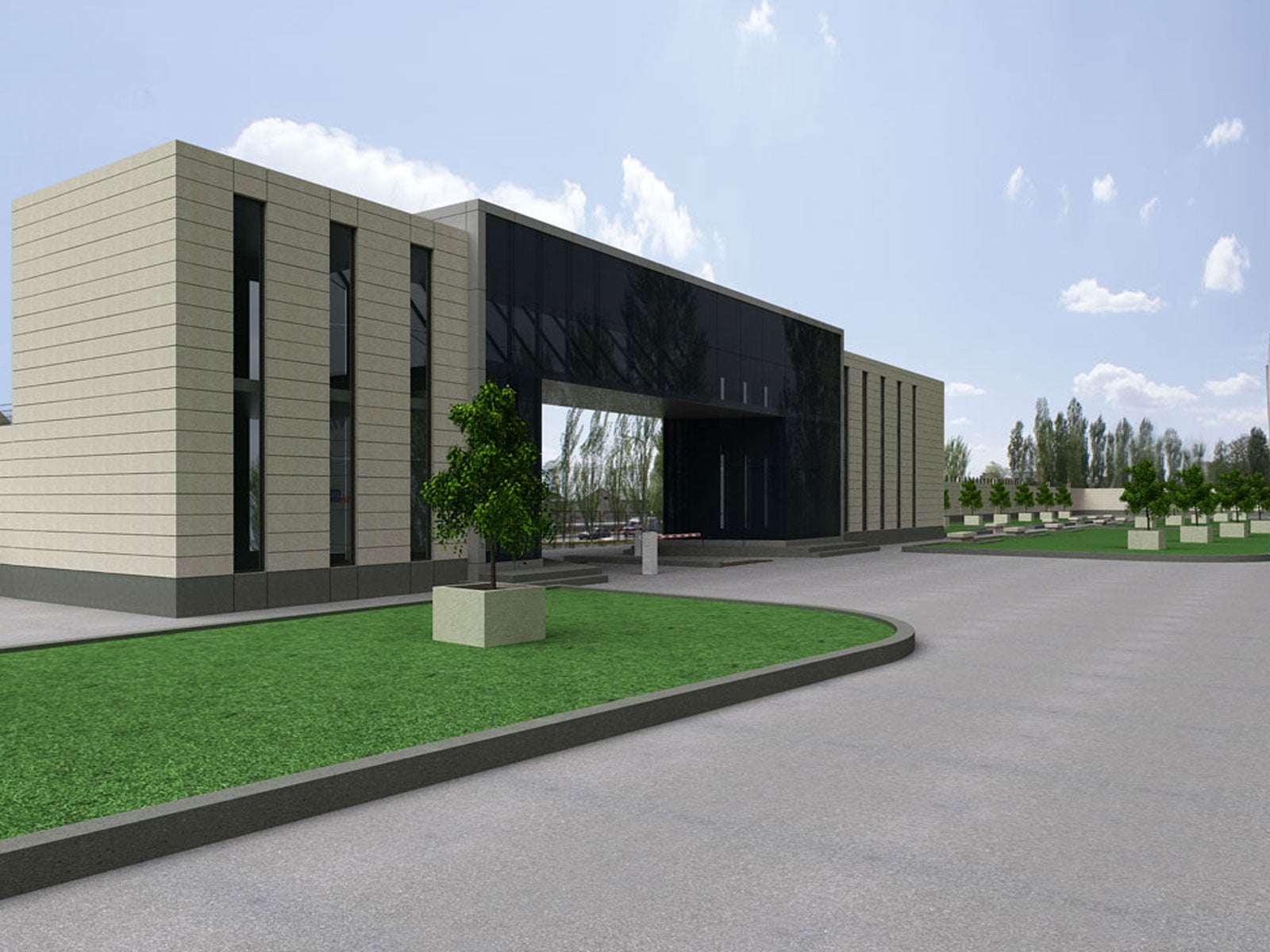 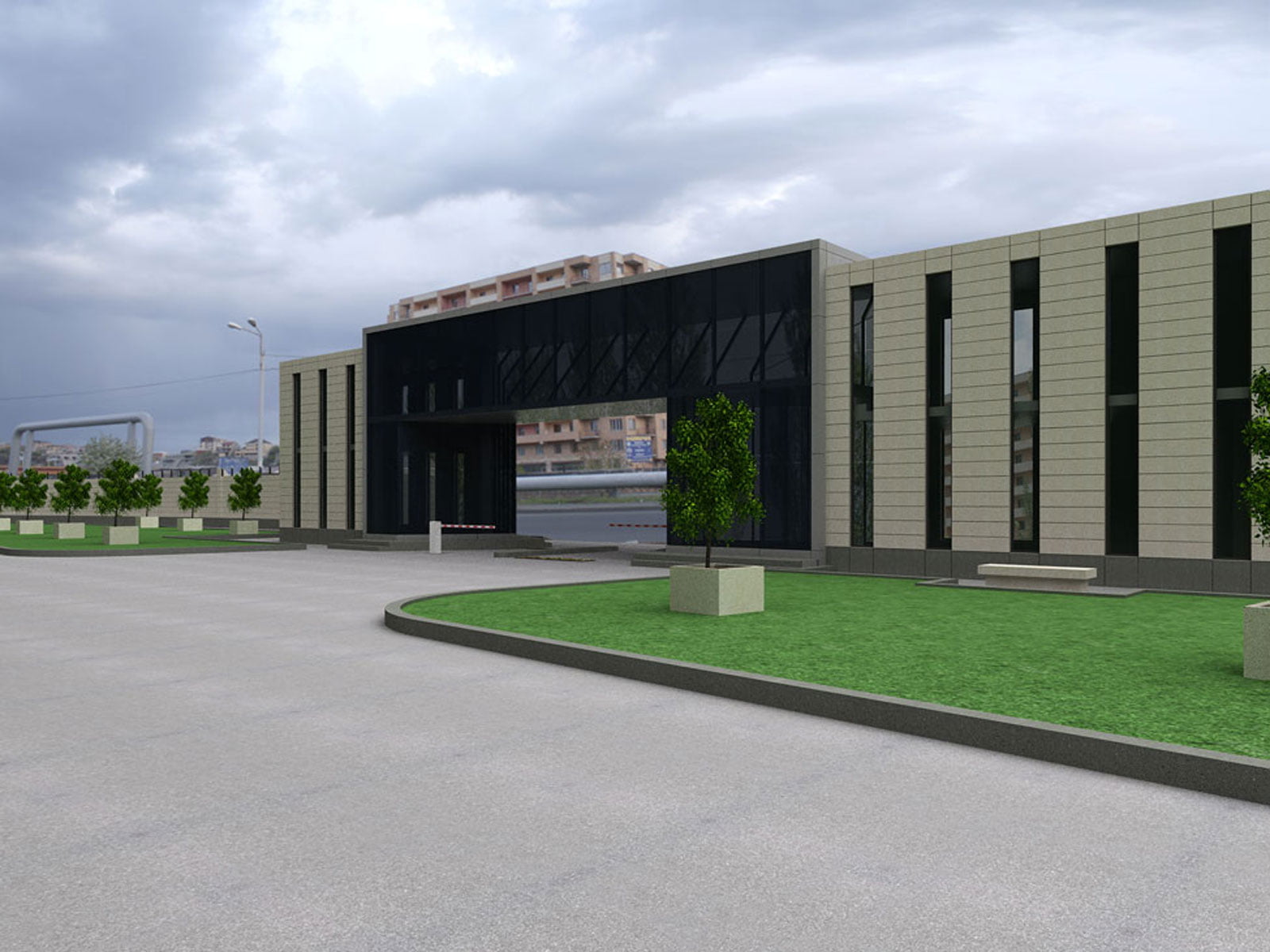 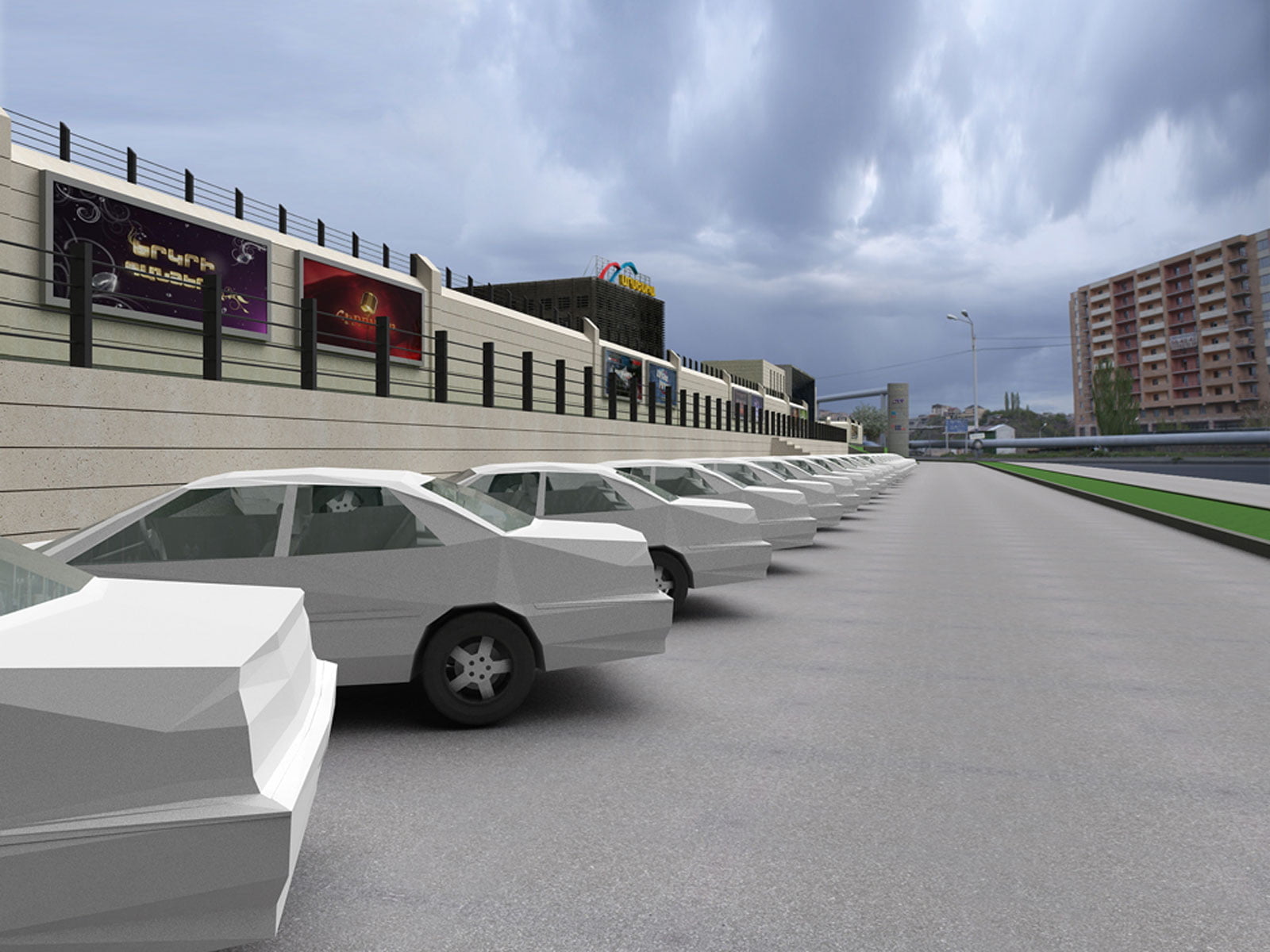 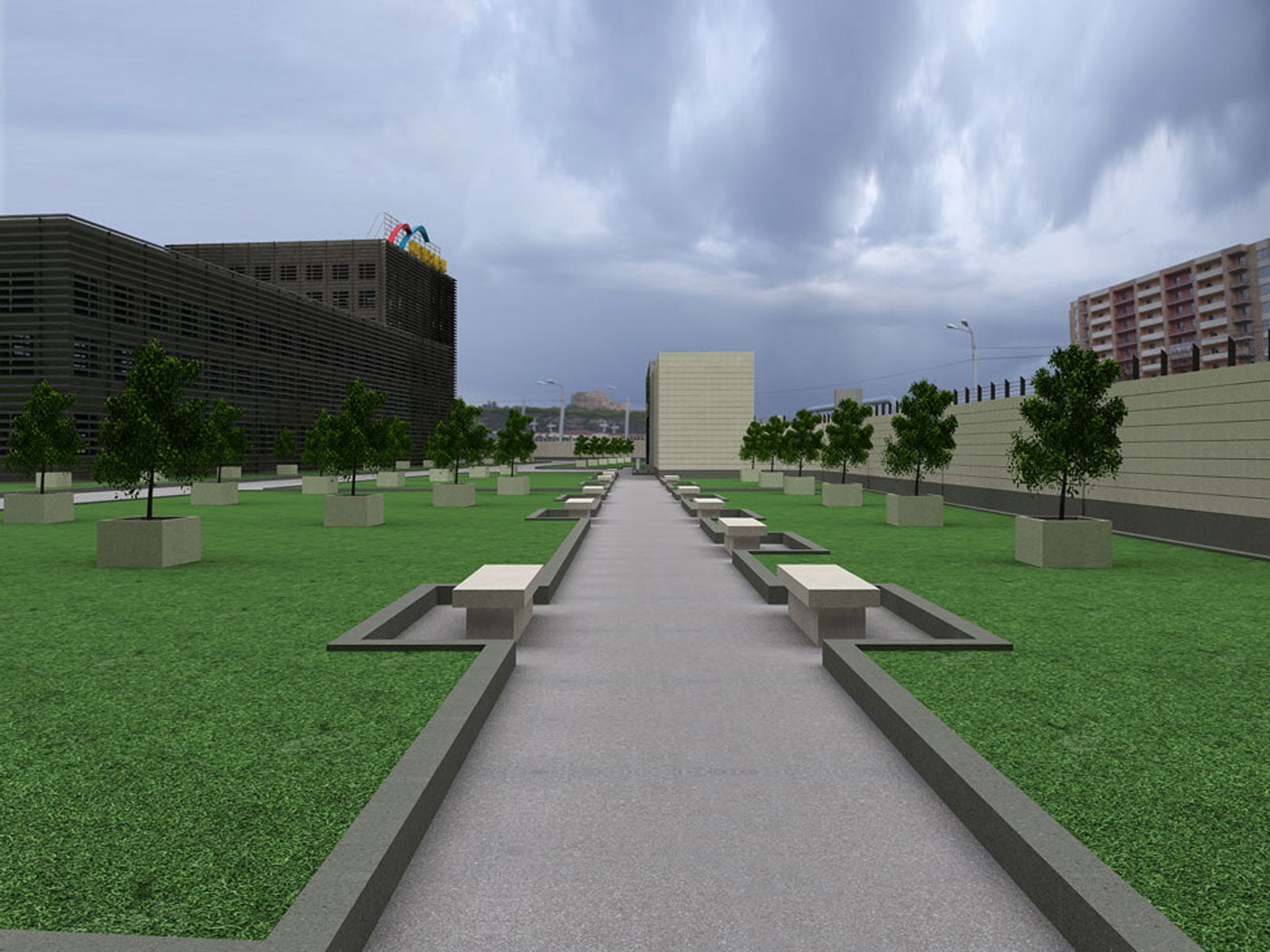 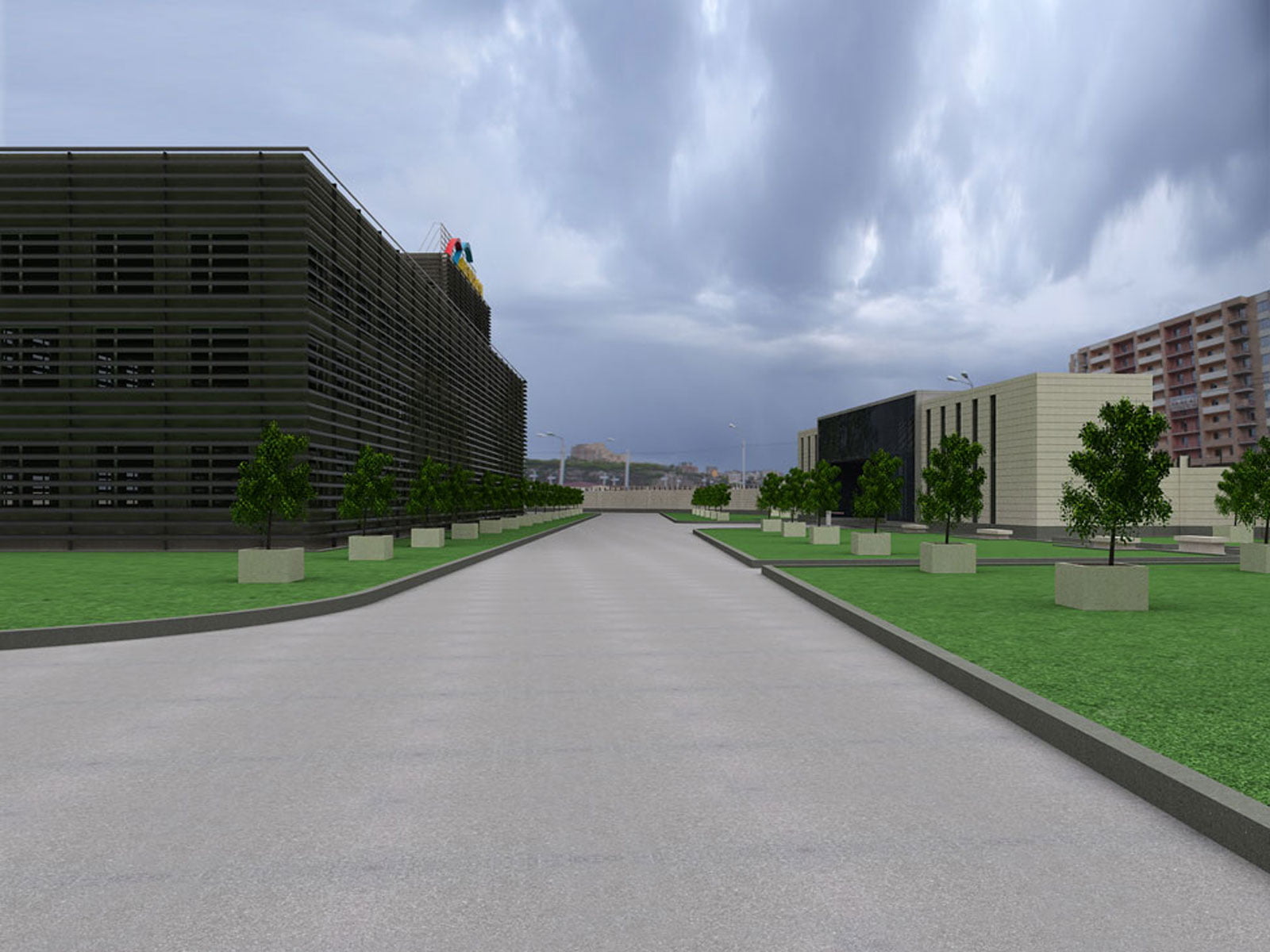 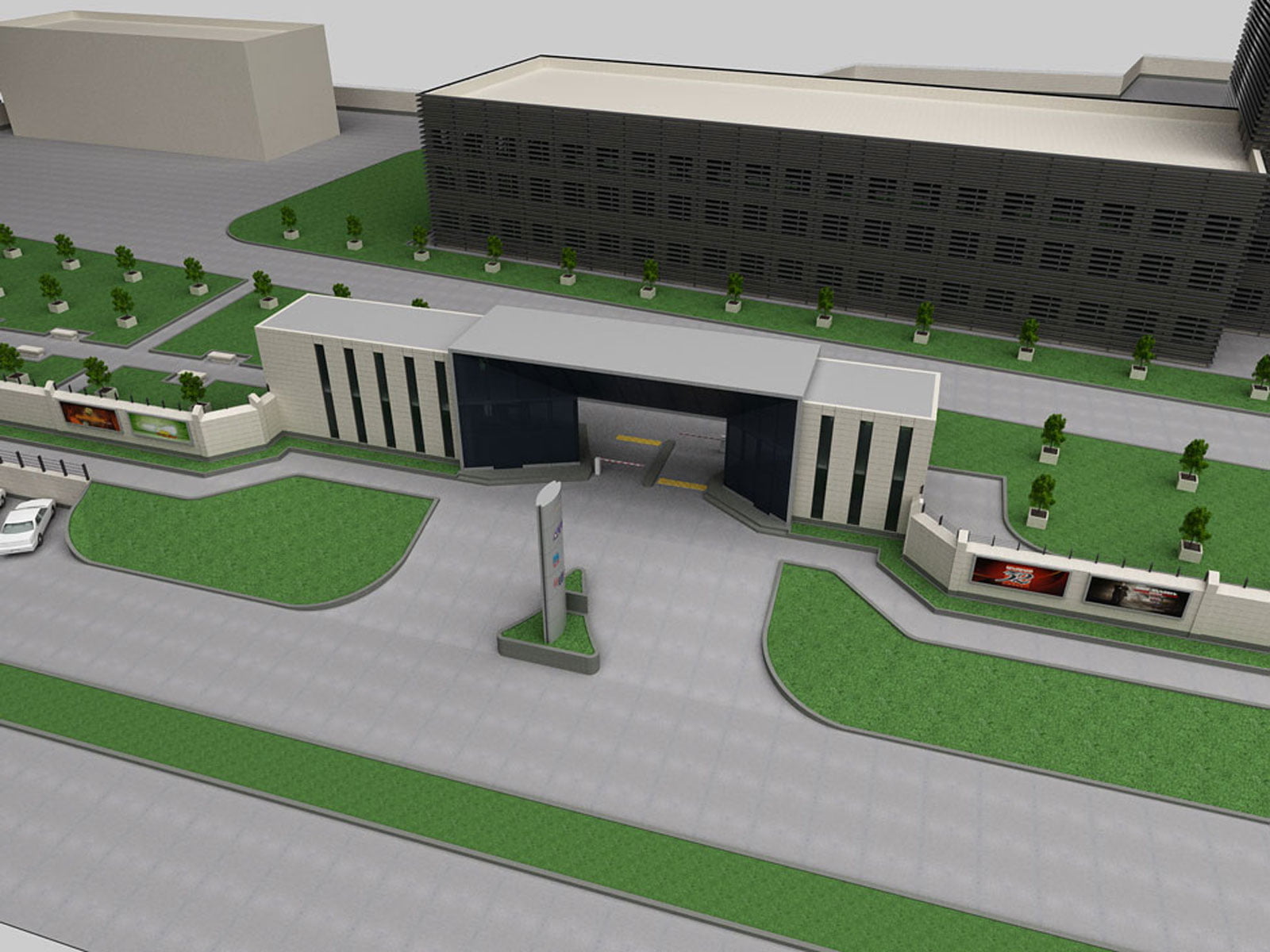 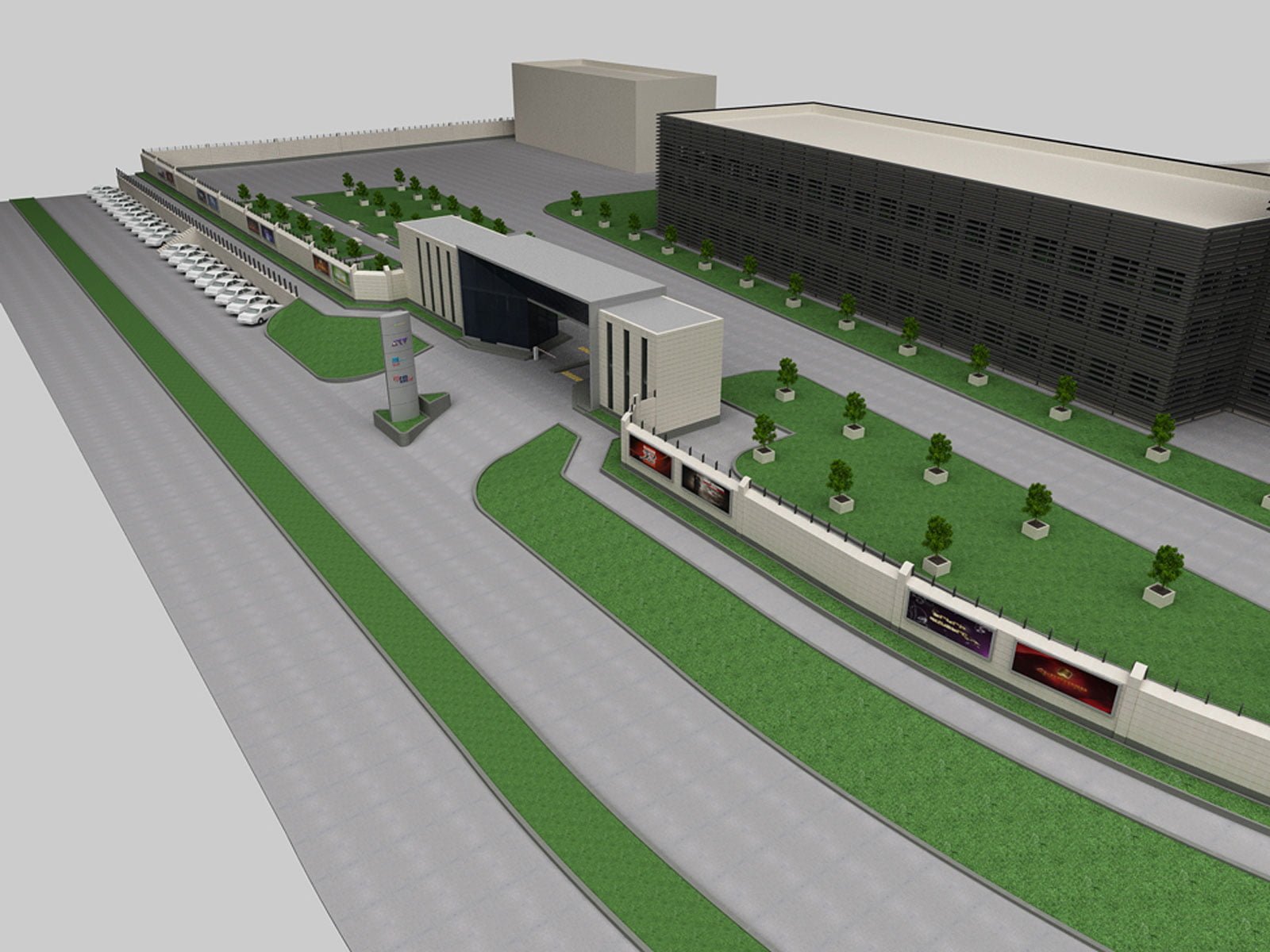 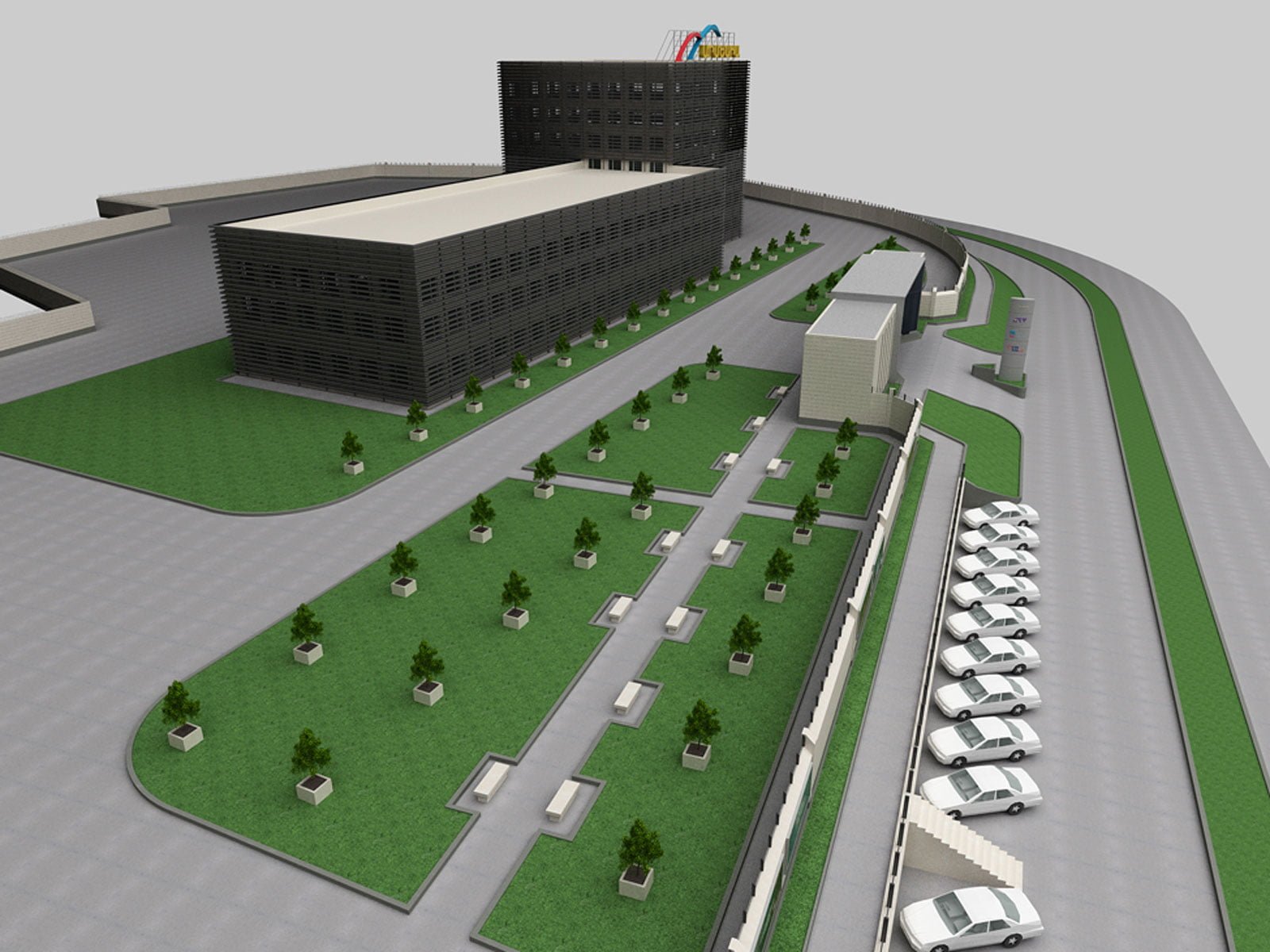 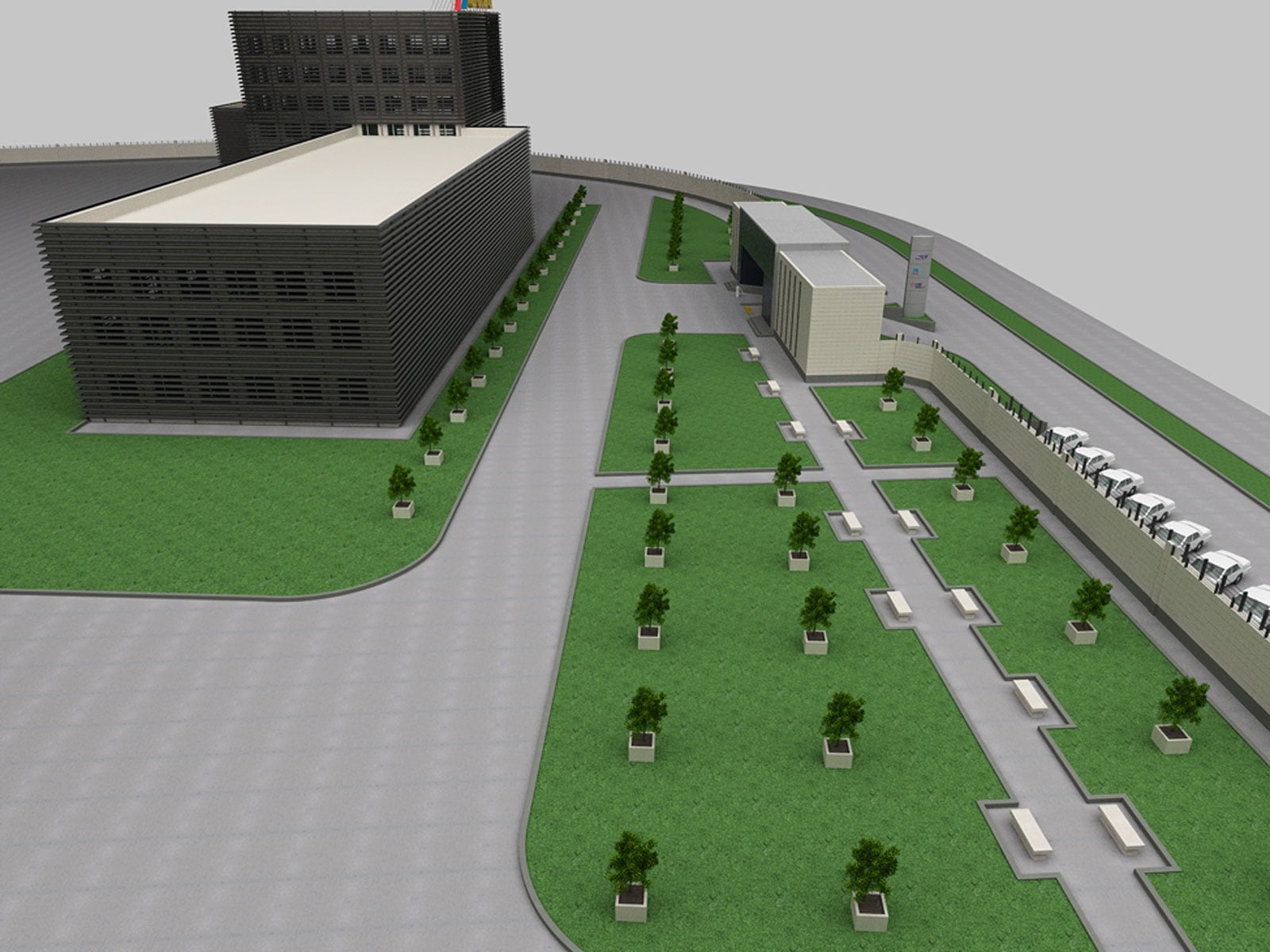 Concept of PDA and Building Modernisation

ARMENIA TV Concept of creation and modernization of IMAGEMAN. The project idea was to create a multifunctional control point (PDA), whose aspect would remind us of a portal leading to another dimension. It was planned that the two-story PDA structure would include both the security service and the administrative department.
Apart from that, visual modernizing the main building with the use of horizontal shutters was also suggested. They would not only enhance the aesthetic aspect of the construction, but they would also work as an energy-saving solution since they have the ability to block direct sunlight while providing constant daylight. ARMENIA TV Concept of creation and modernization of IMAGEMAN.