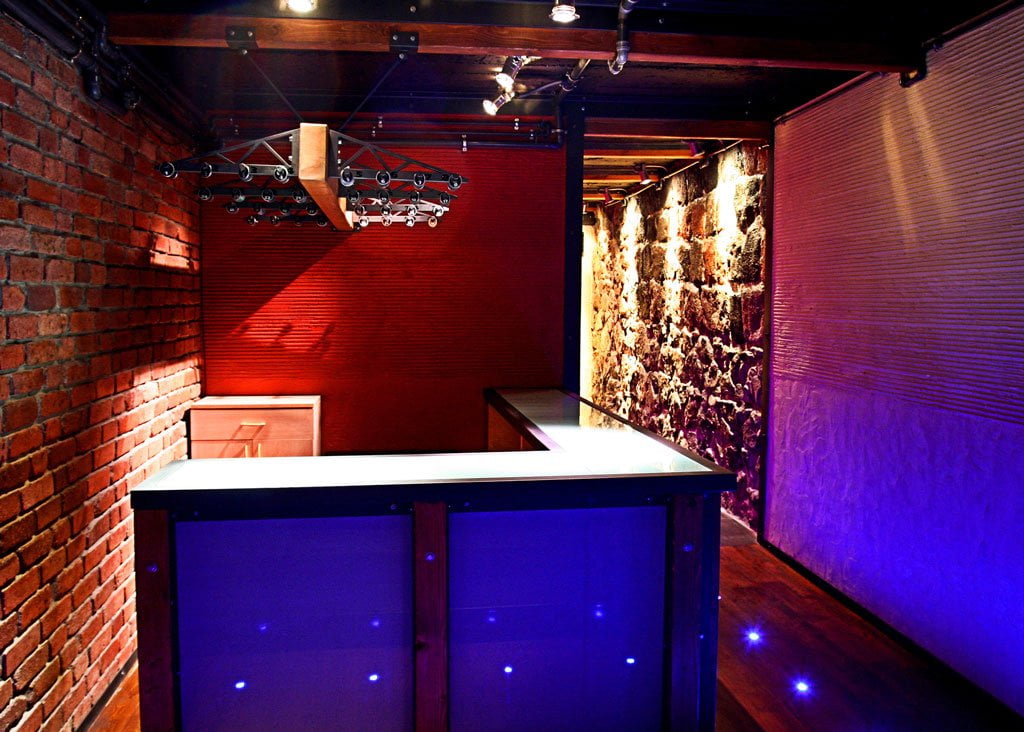 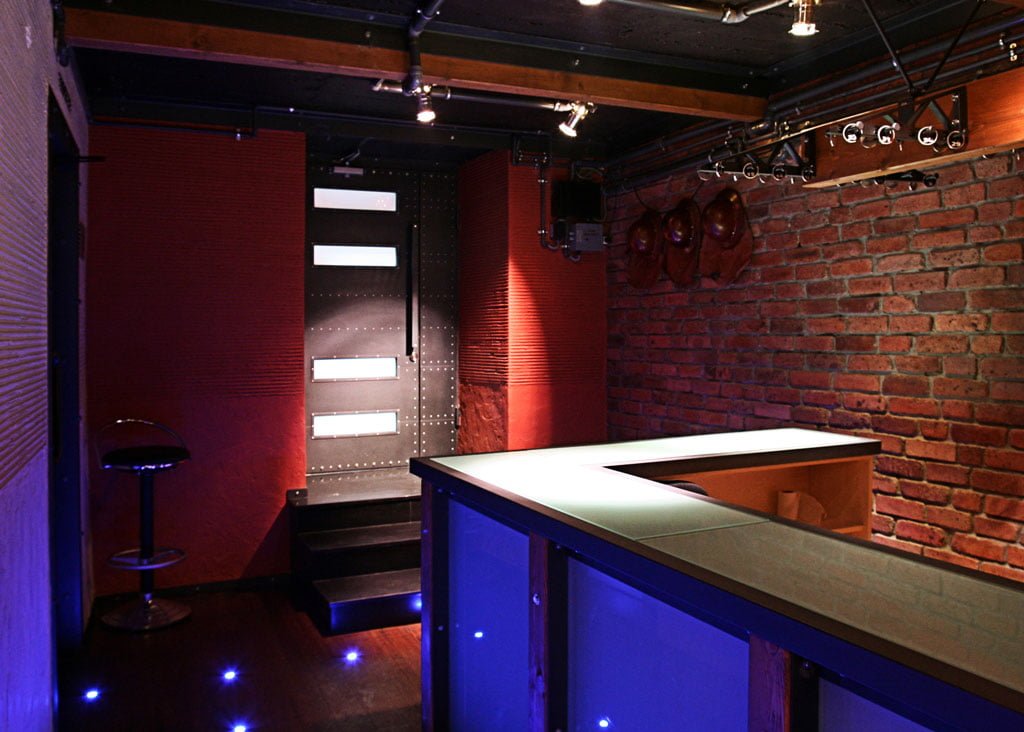 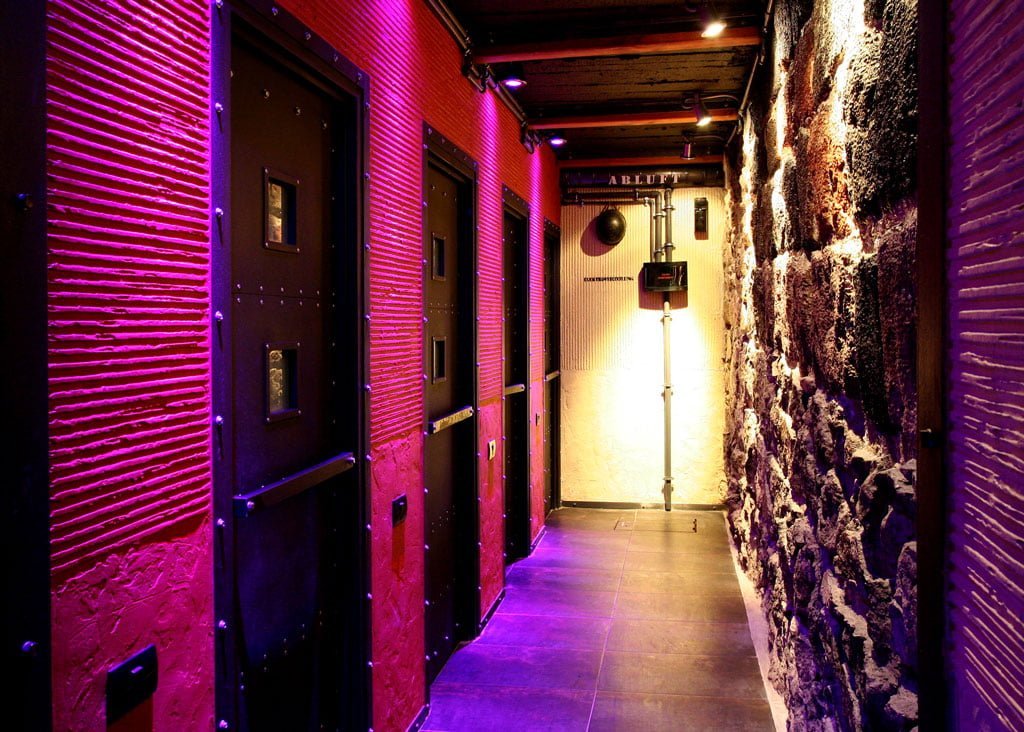 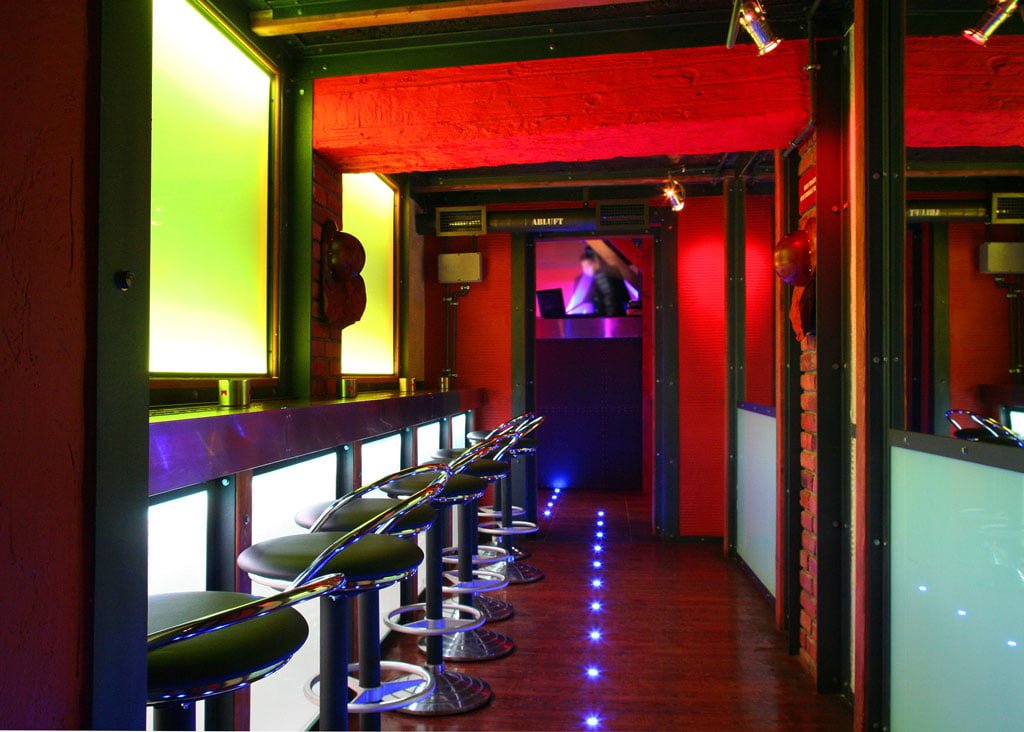 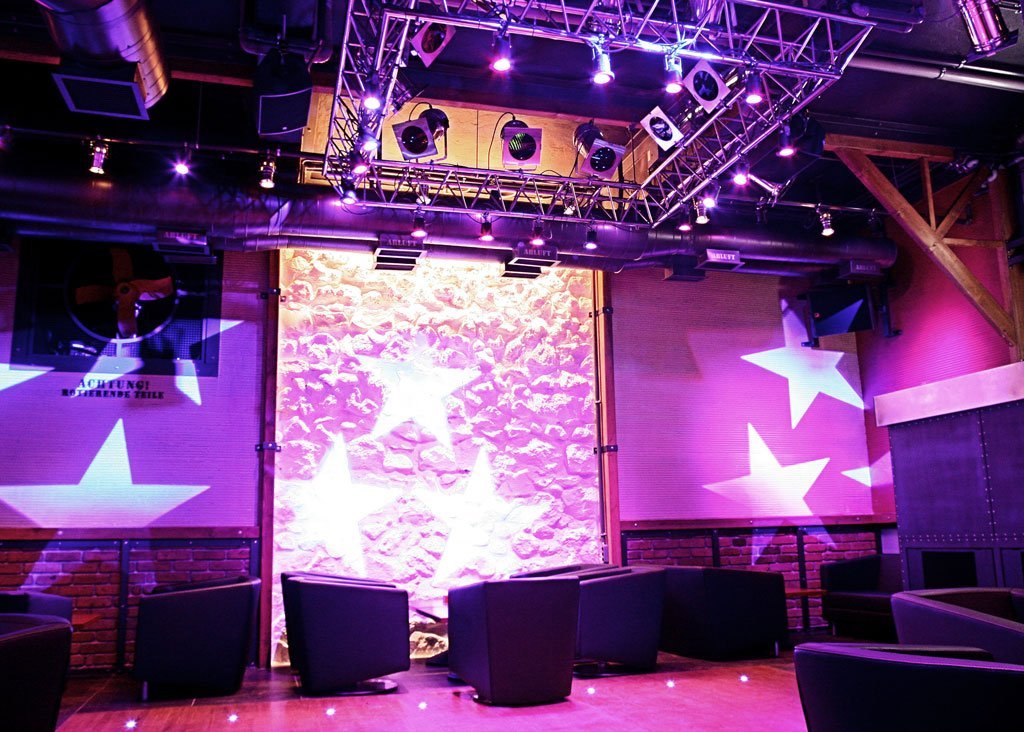 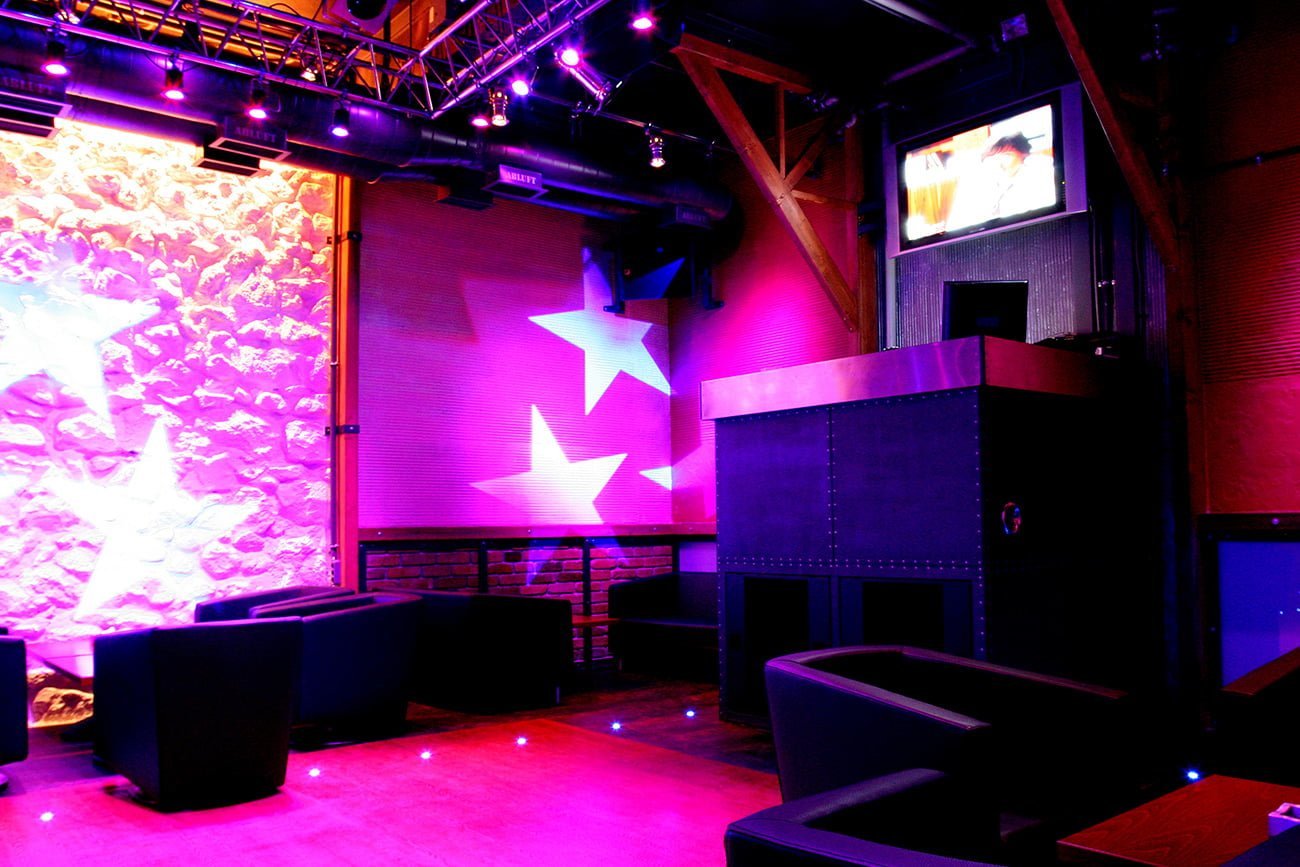 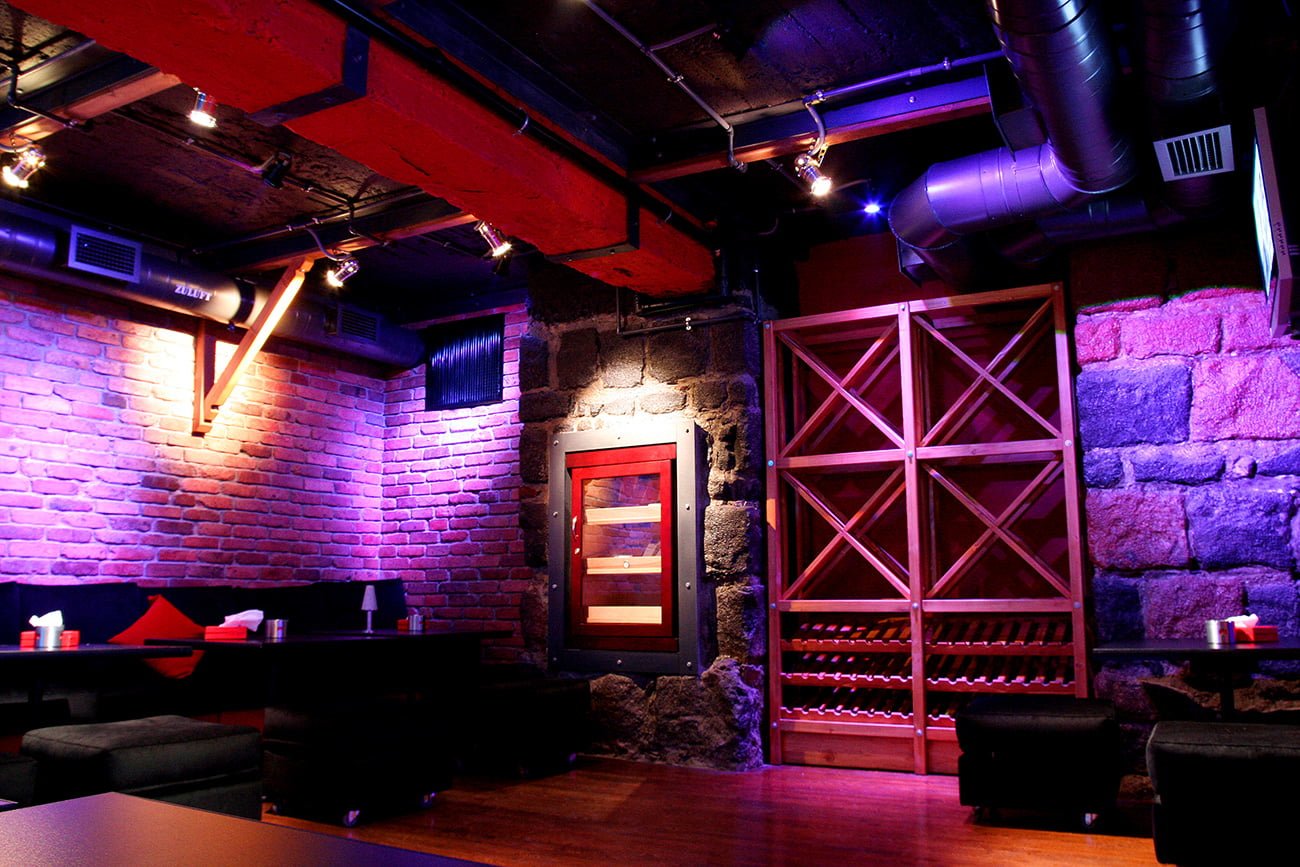 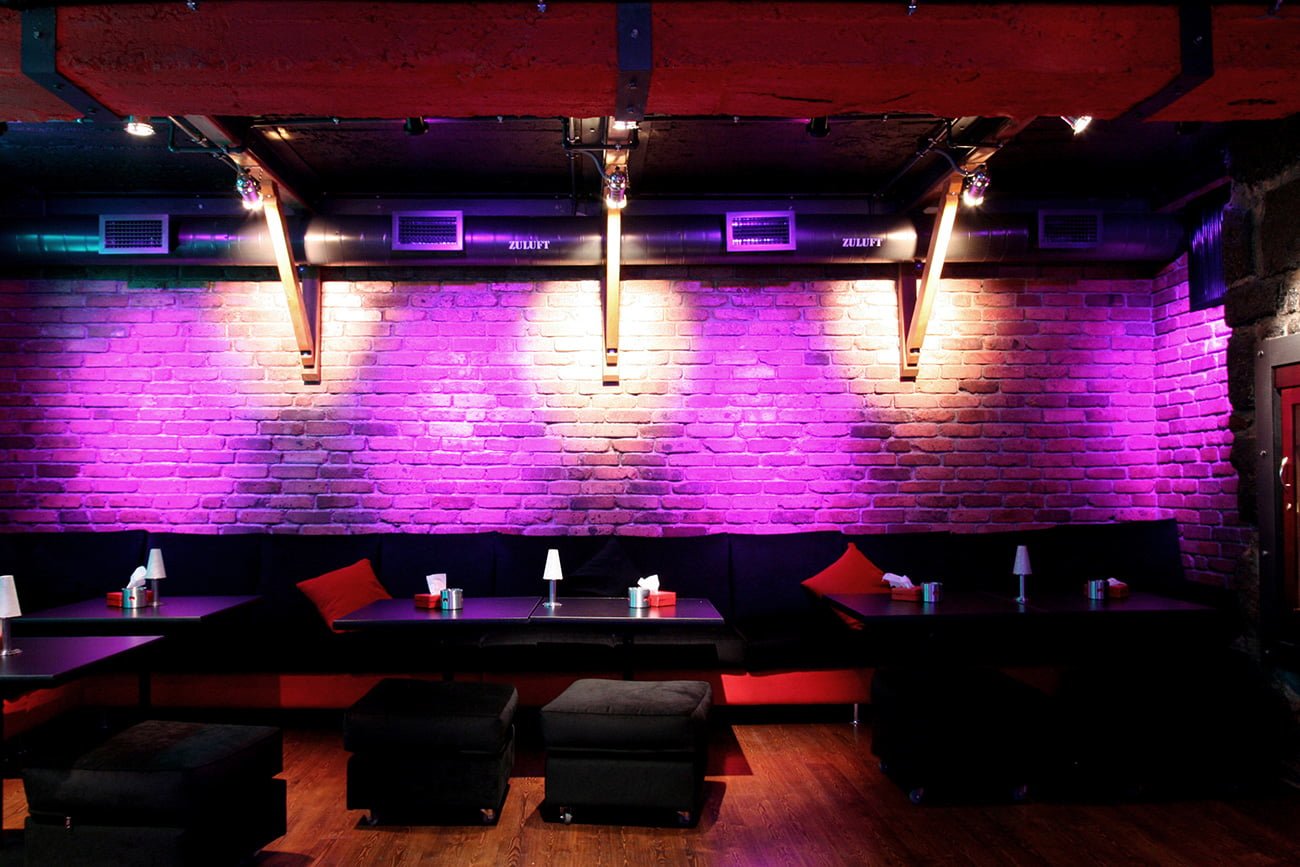 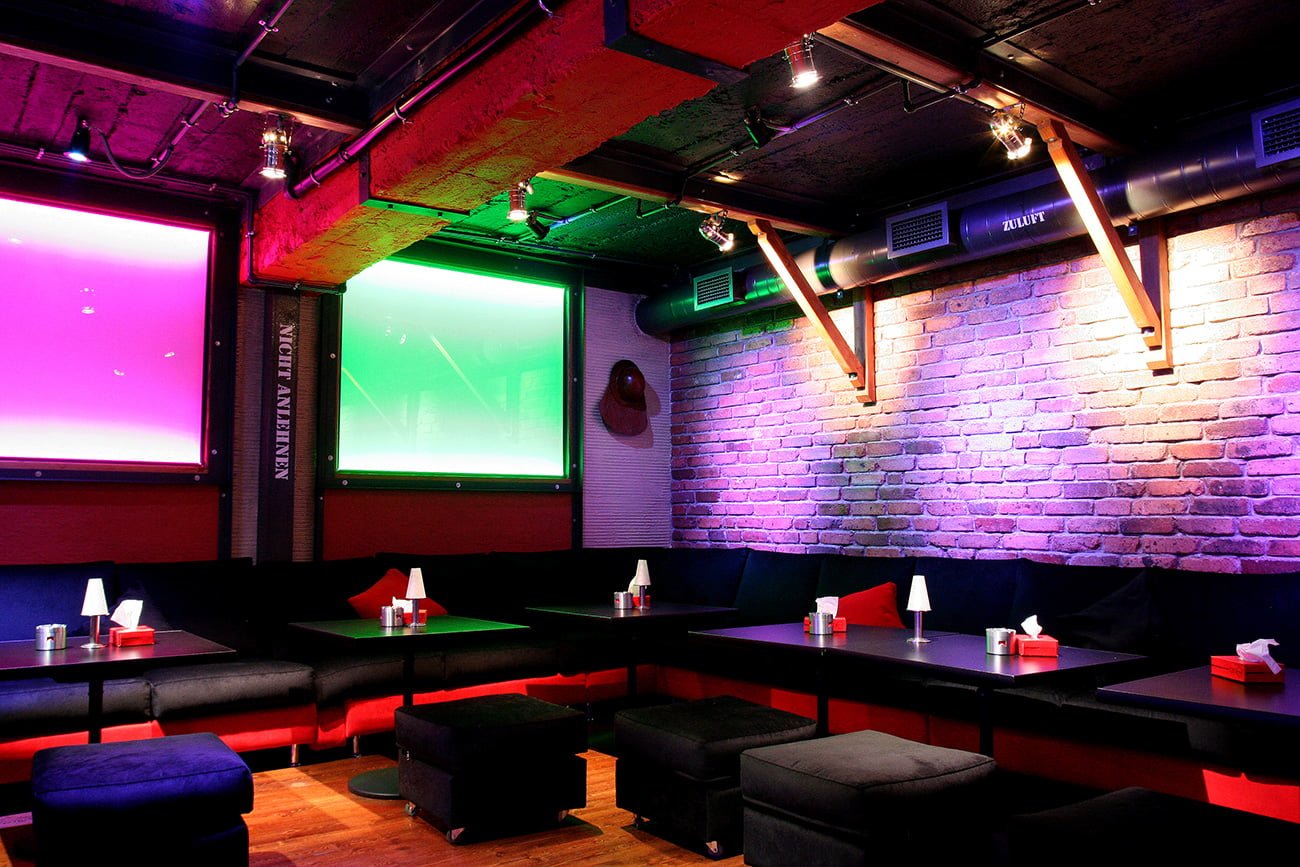 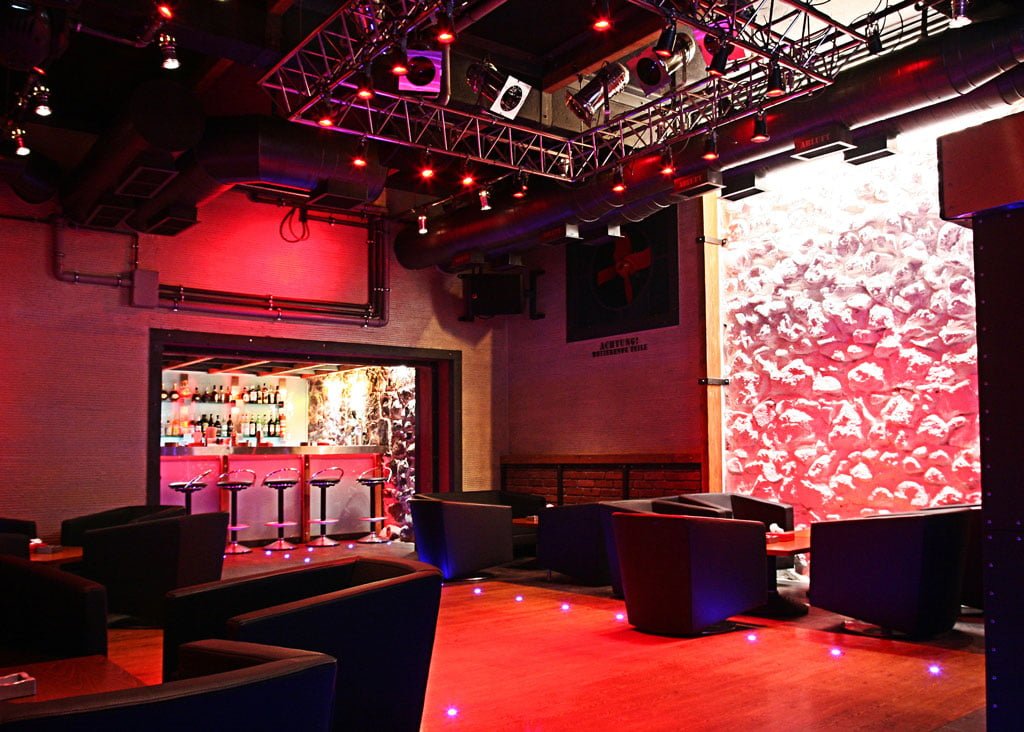 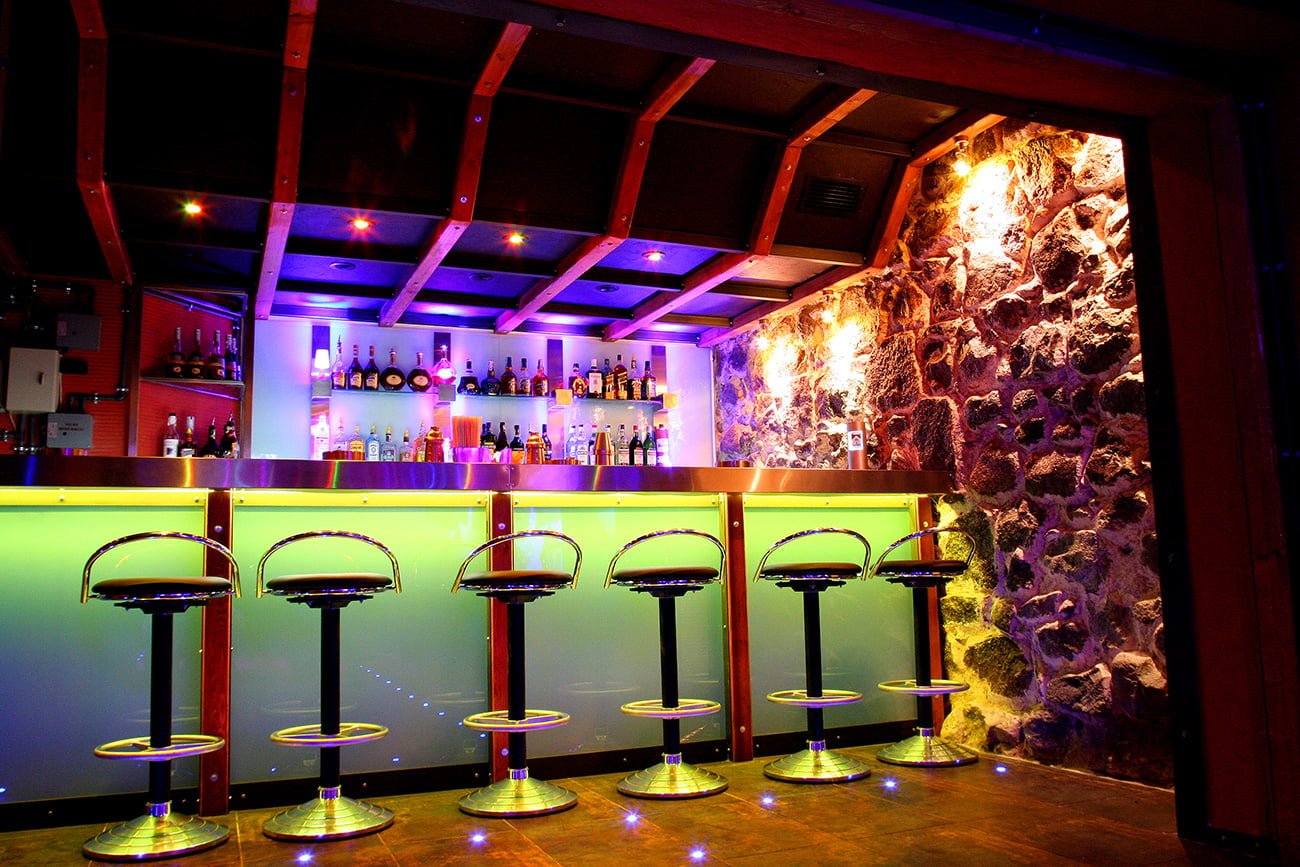 BOBS club restaurant and karaoke club designed by IMAGEMANSTUDIO. Bobs is a club, built in the boiler-house. Of an old residential house from the 1940’s. The design concept was inspired by Nazi bunkers. Because of the presence of basalt masonry walls, preserved pipes, and other typical equipment. Other elements were added to increase this ambiance, such as metal doors with partial overlooked rusty texture, bricks, various helmets, and gas masks.
The external wiring, ventilation, and plumbing pipes add distinct and straight lines to the interior, which conveys the spirit of German precision.

The brutality designed of the decor is balanced with the use of bright colors, especially red. The atmosphere of the legend of the Nazi bunker. Is supported by metal doors, in some places visible texture of rusty metal, which is also on ceramic tiles, bricks, various helmets, and gas masks.
RGB LED spotlights providing 16 million colors are located on the floor and lead the visitors into the club. Spotlighting installed on the floor leads the visitor deep into the club.
During the construction work, two rooms filled with bricks were discovered. These specific bricks were used to embellish one of the walls. Similarly, the old stone chimneys and stoves of the boiler house were transformed into decorative niches.