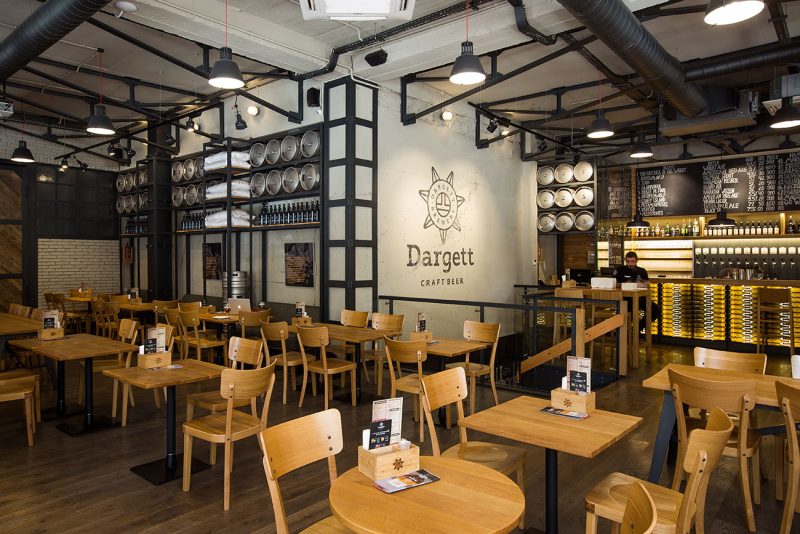 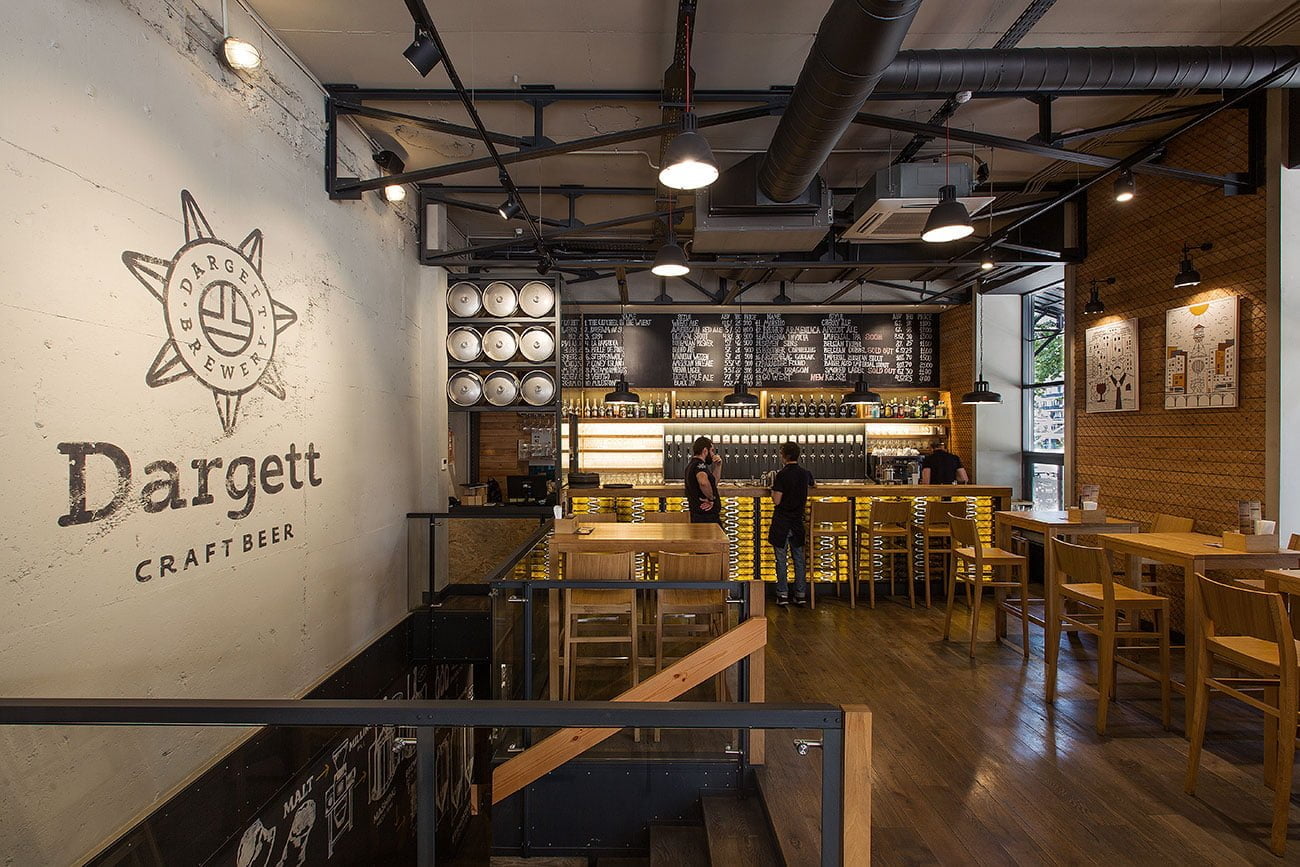 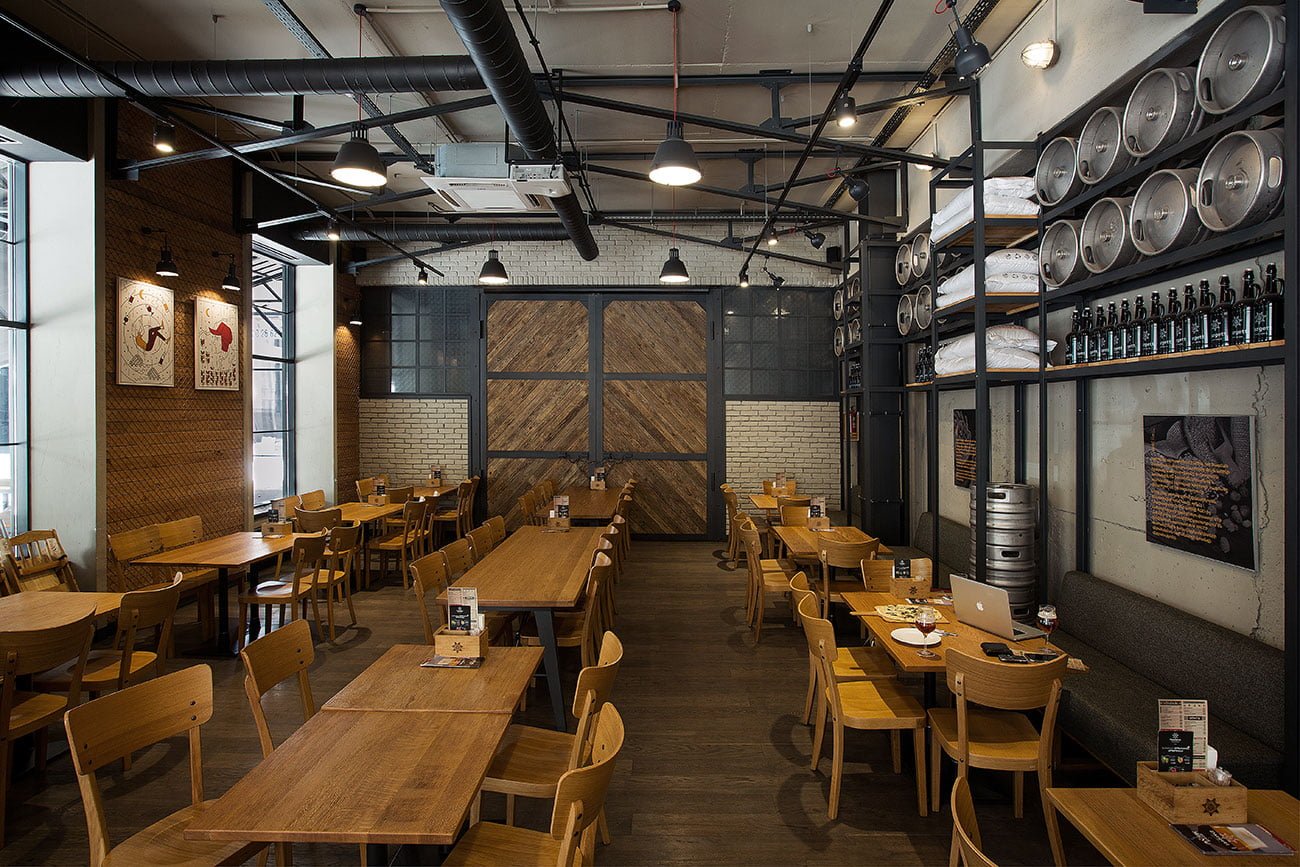 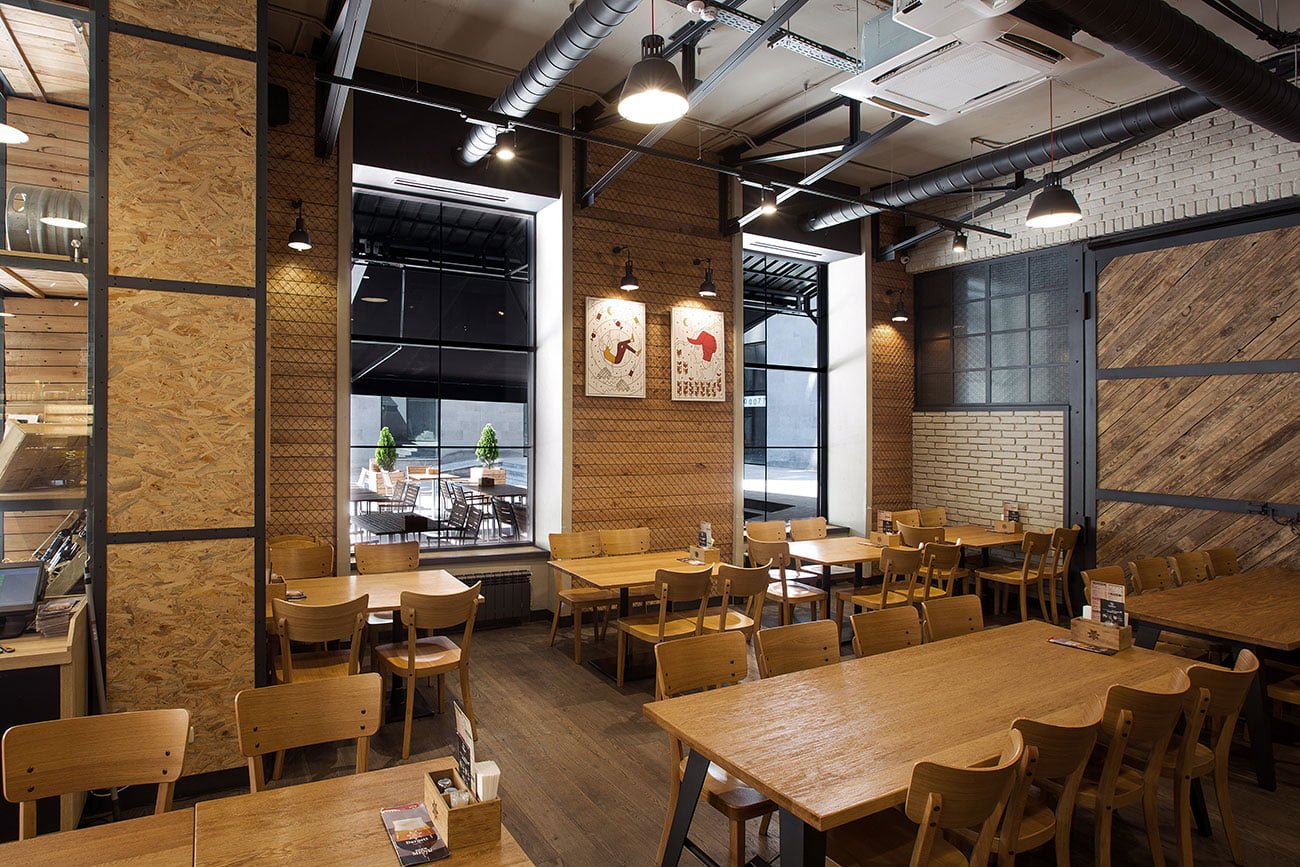 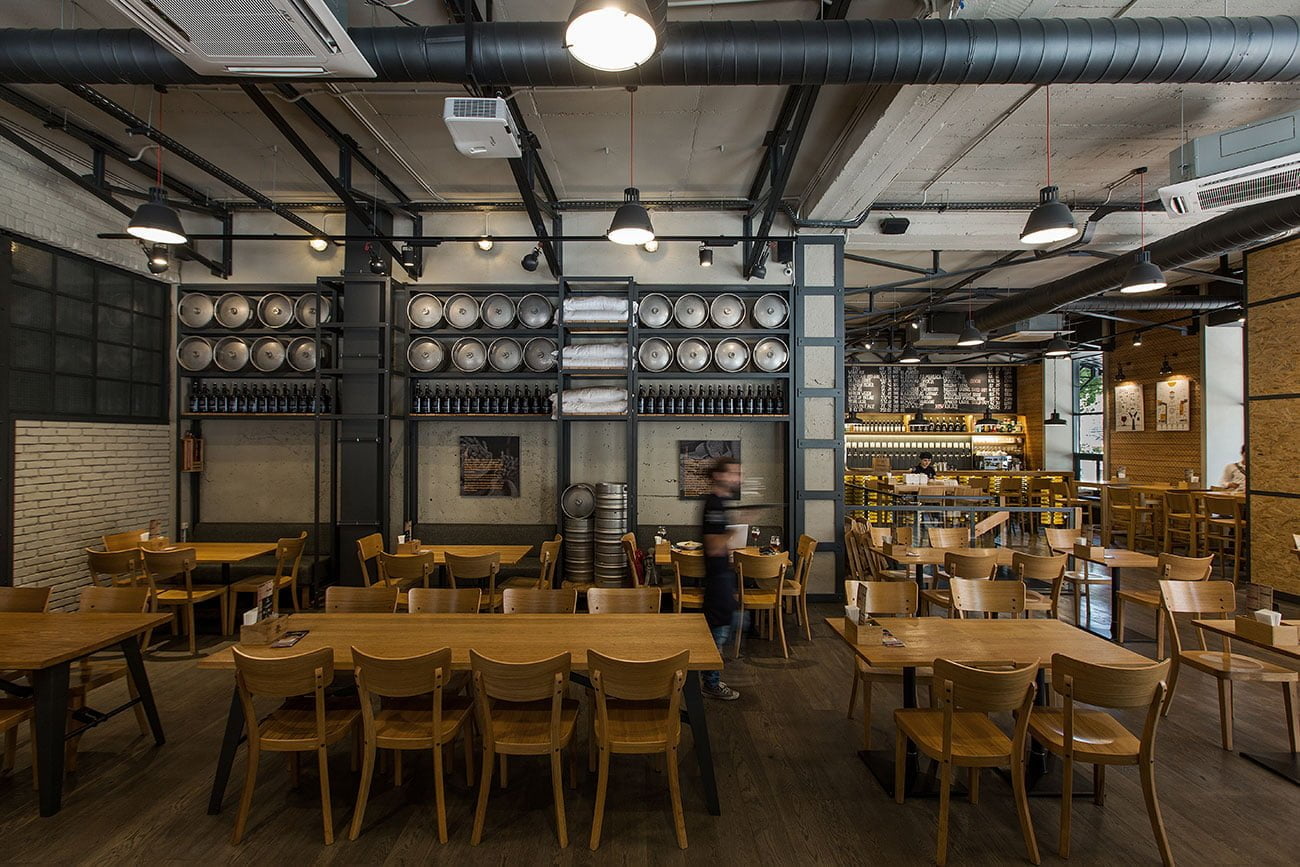 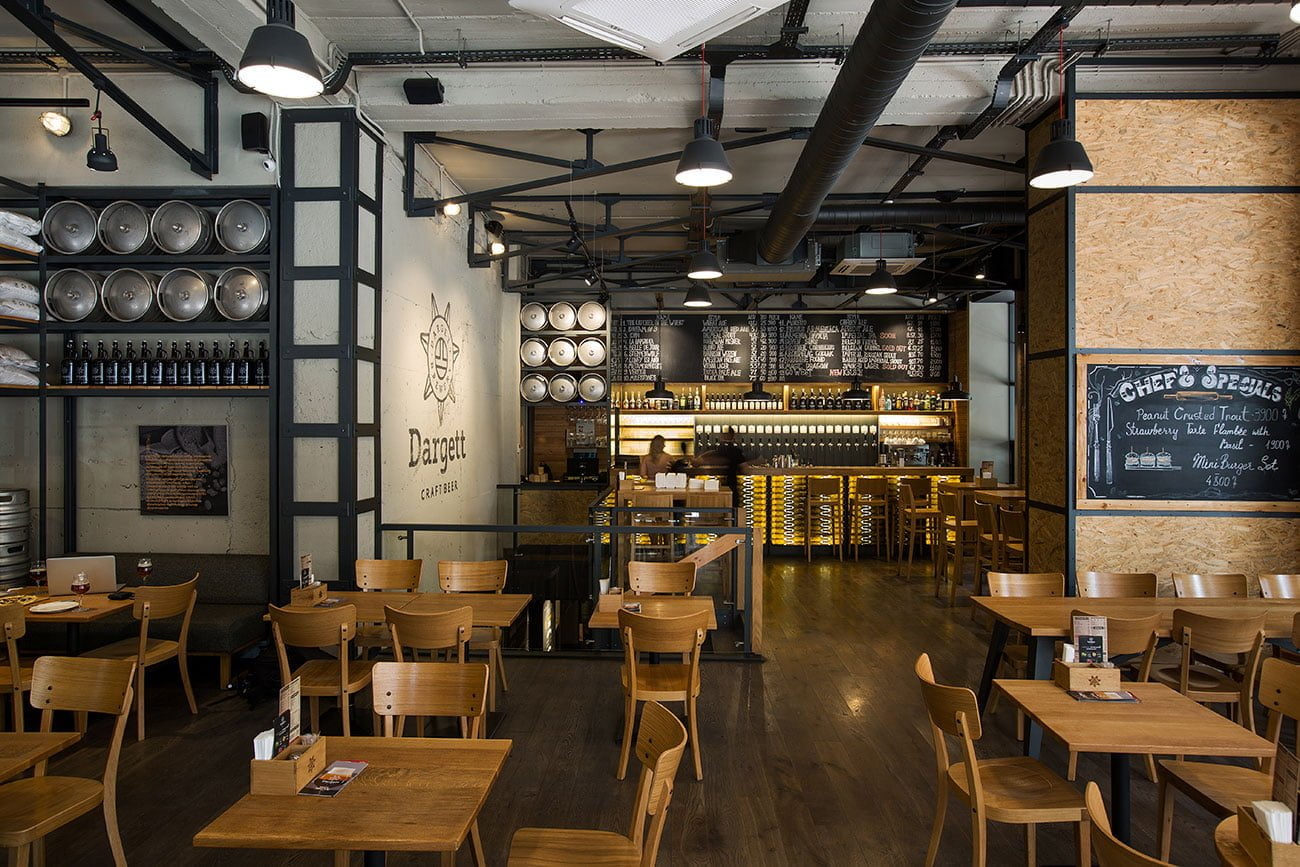 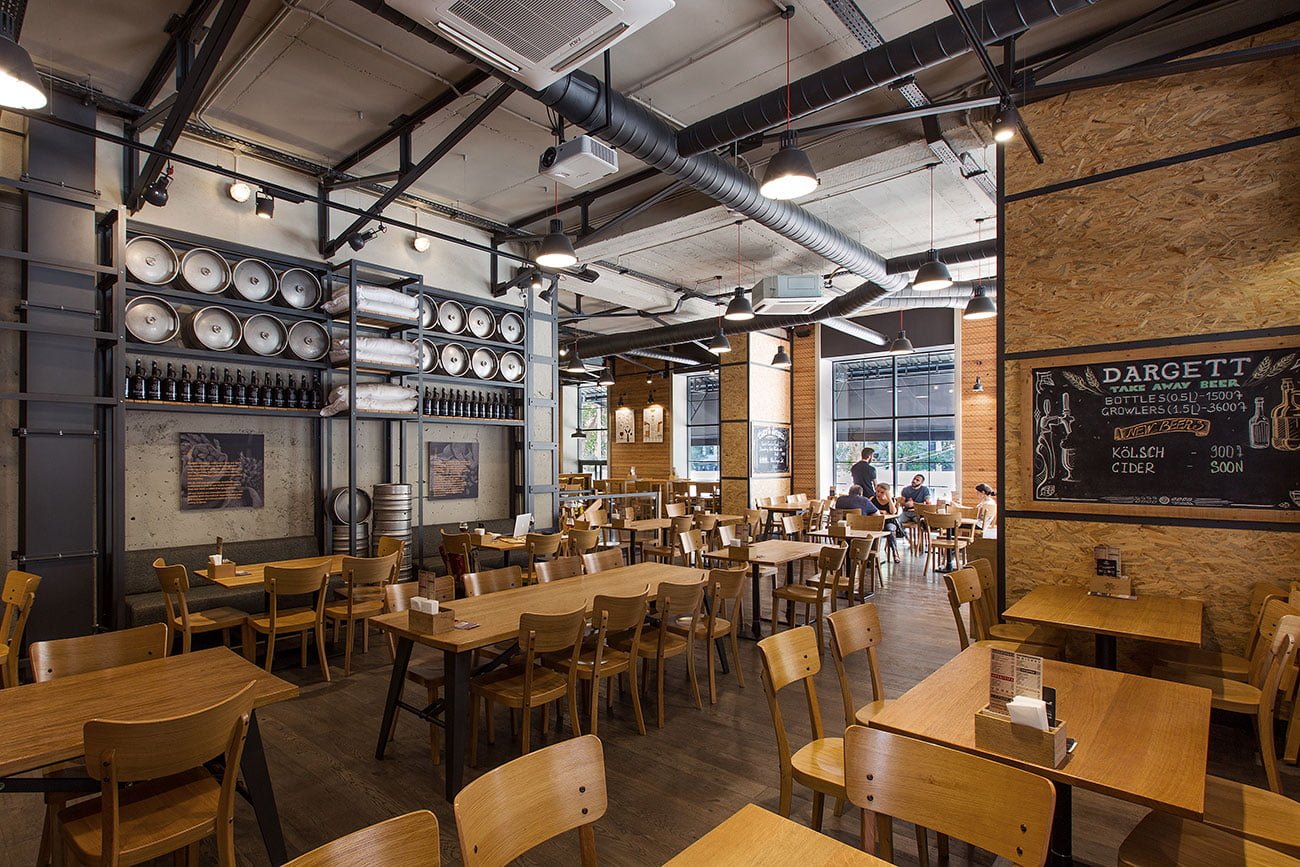 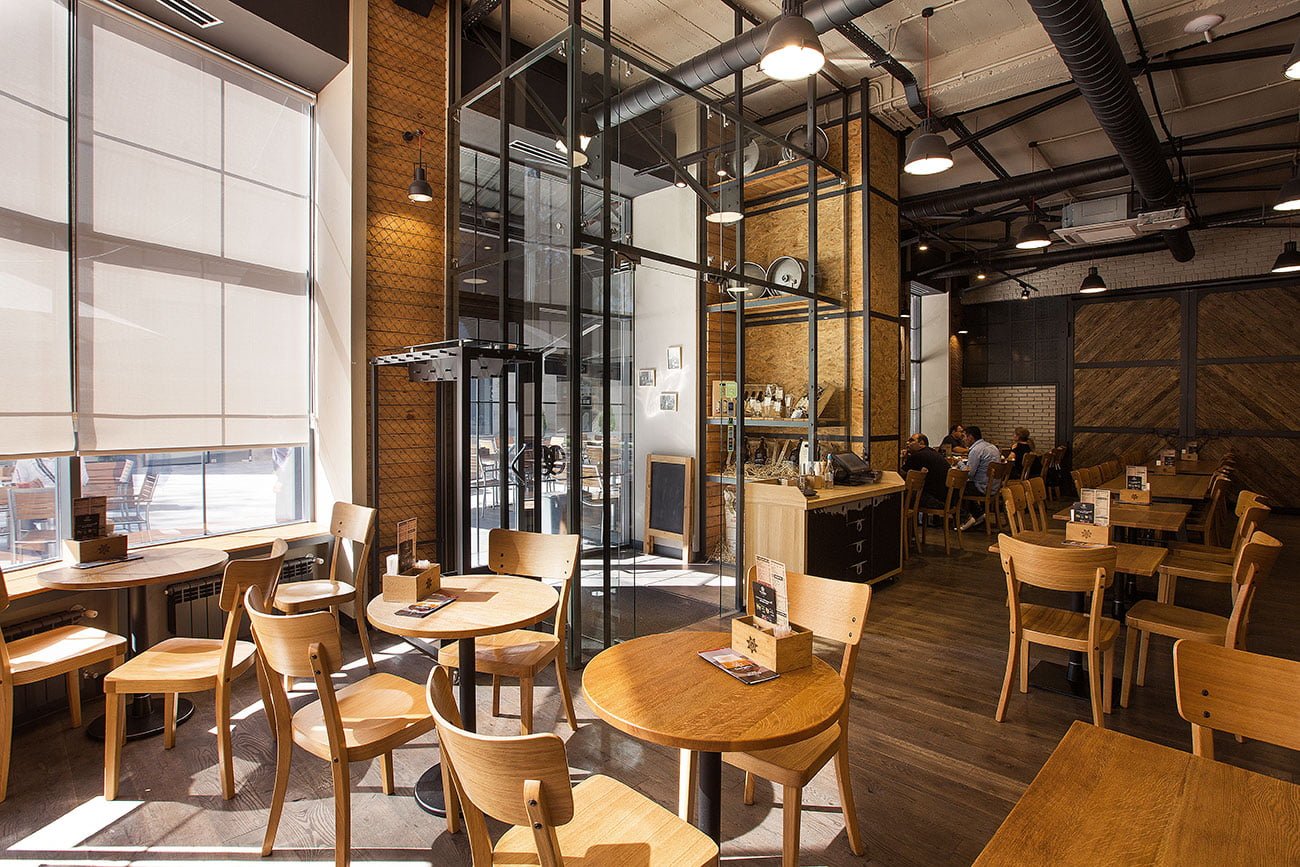 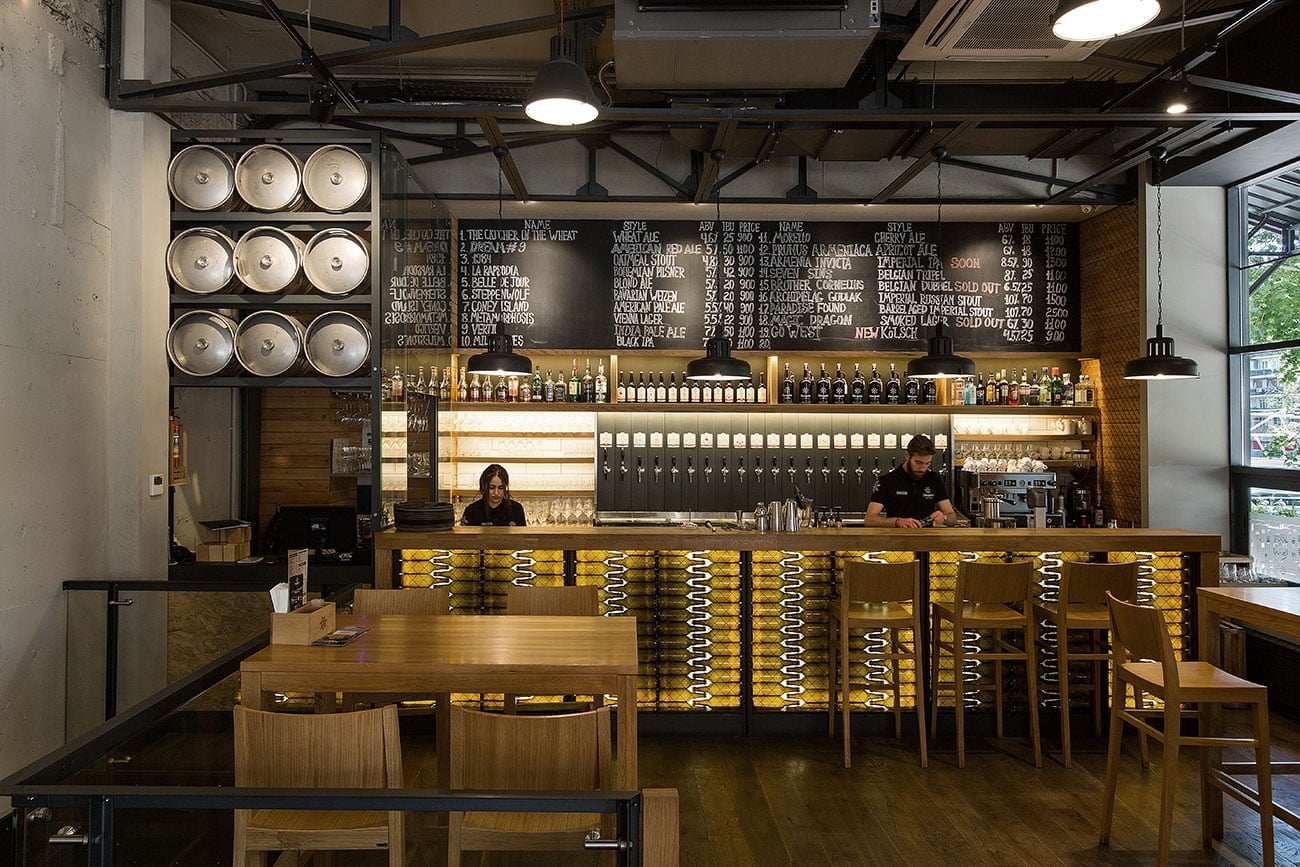 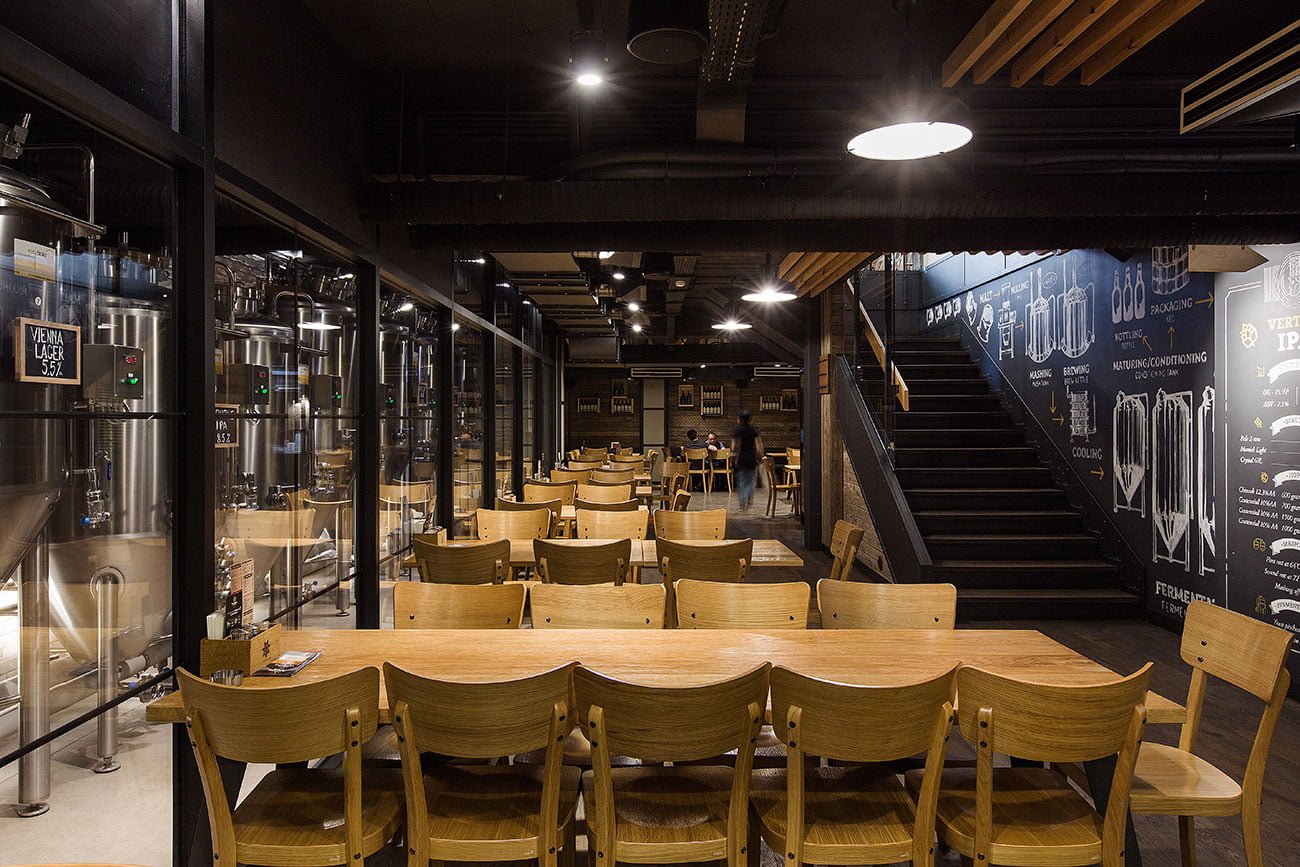 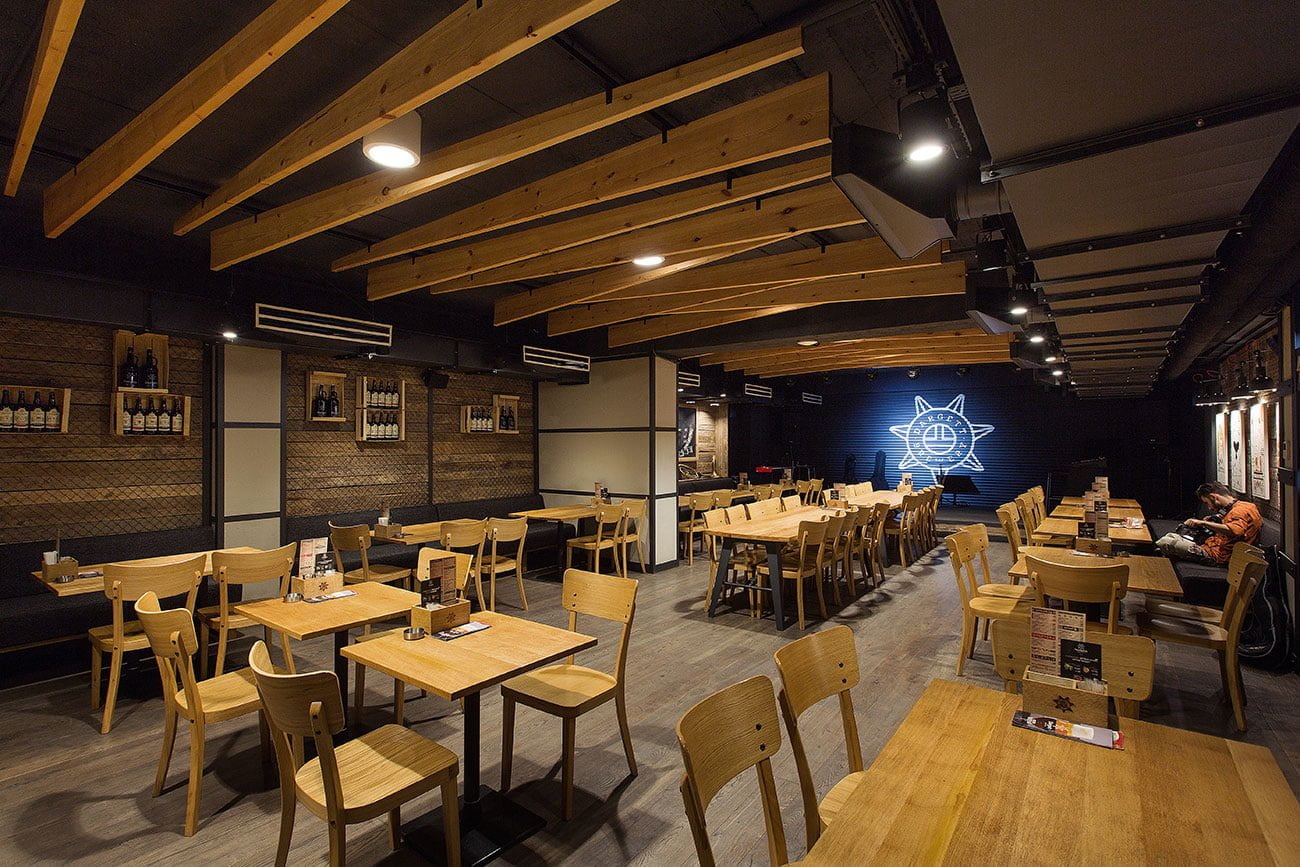 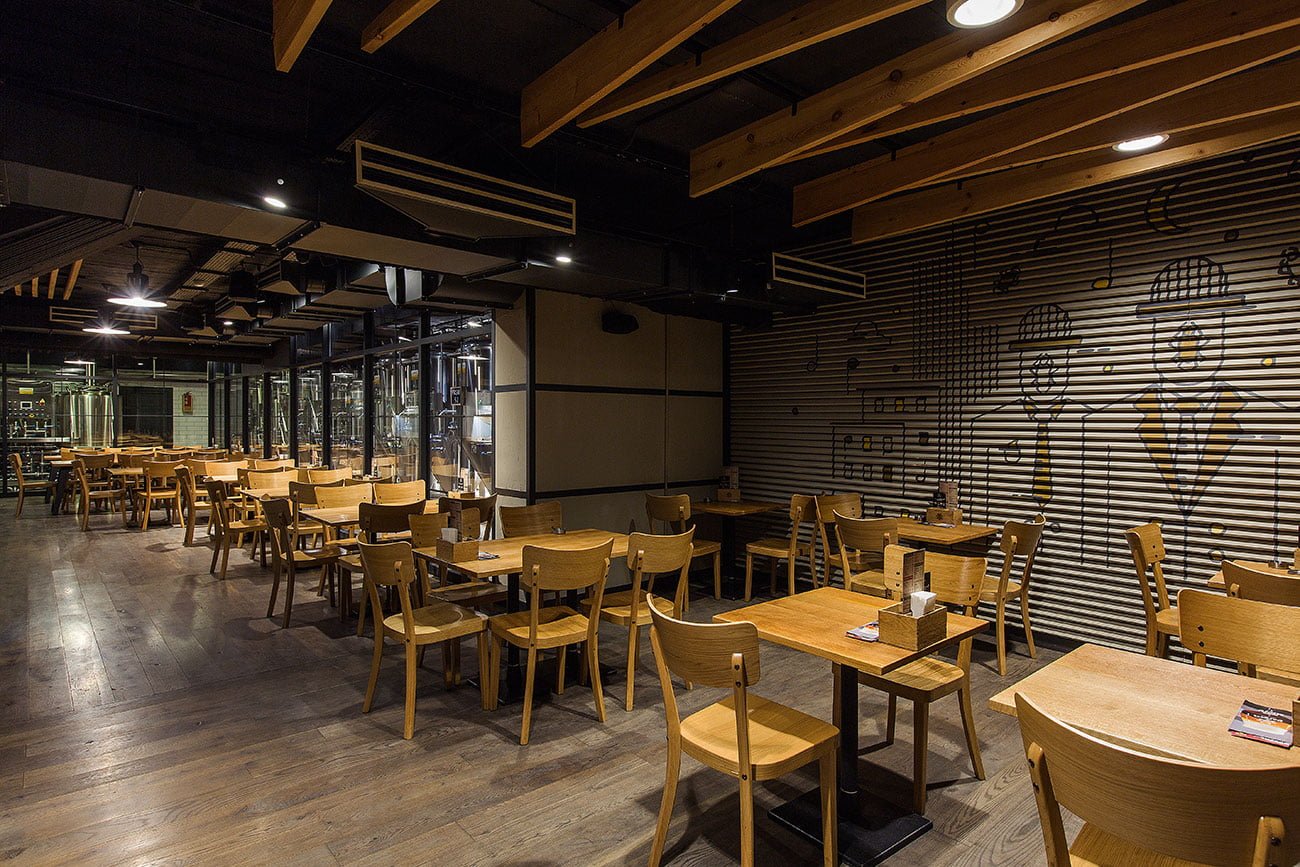 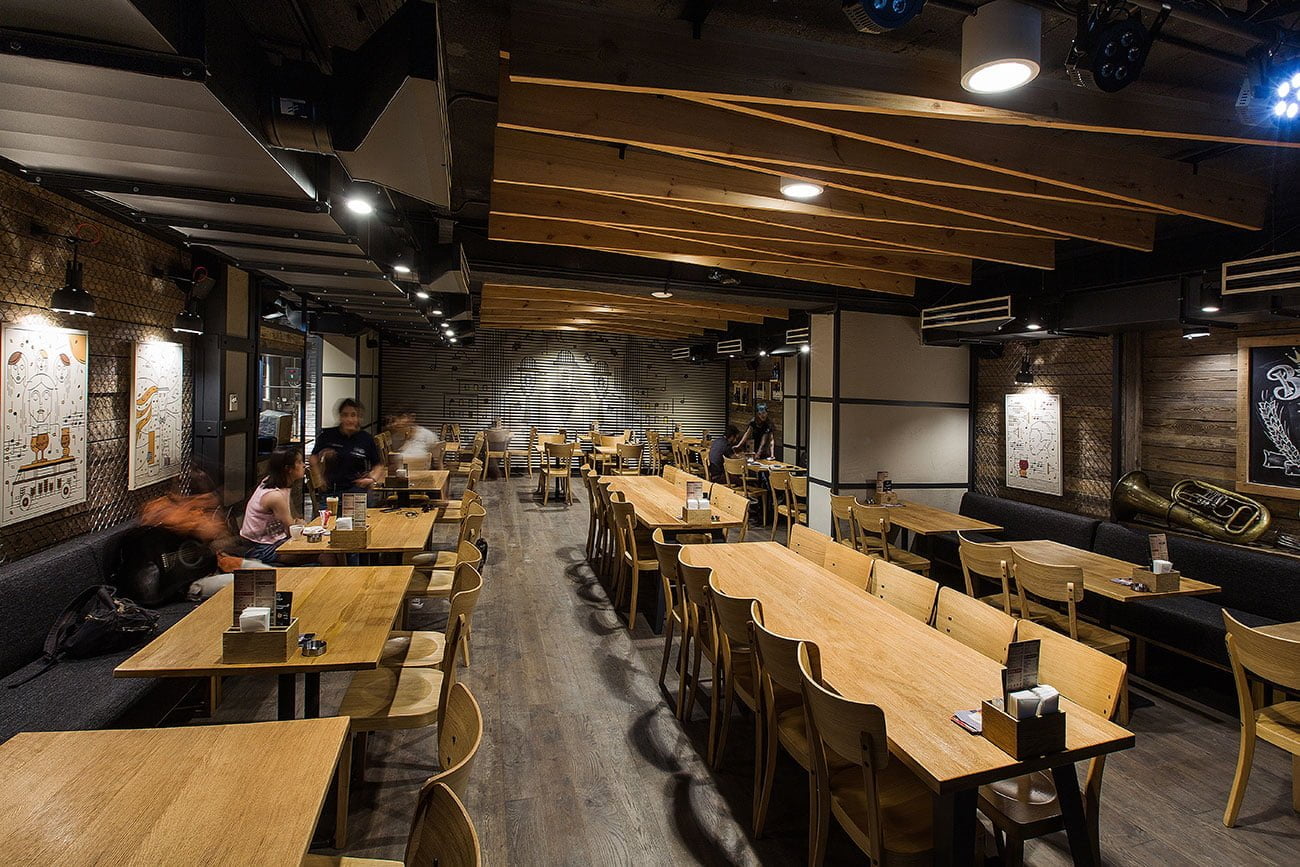 DARGET craft brewery restaurant IMAGEMANSTUDIO design and style. Darget is the first craft brewery-restaurant in Armenia, producing more than 20 types of beer. At the heart of the concept is brewing. Located on the ground floor of a high-rise new building, immediately at the entrance it gives the impression of a former brewery reconstructed into a craft brewery. The concept is designed in the loft-style – industrial style, using concrete, metal, brickwork, wood, OSB. The walls are decorated with custom posters in the style of a Soviet poster of the 1920s.

Designers of the IMAGEMAN Interior and Architecture studio used bags of malt and empty kegs for draft beer as decoration elements. Ceiling metal structures create the illusion of support formwork, which seems to have remained from the design of the original factory premises, which emphasizes the brutality of the chosen style. In support of metal farms, industrial lighting, and open ventilation, painted black, were used.

The large beer bar at the bar represents the different types of beer produced. In the basement, there is the brewery itself, which is separated by a glass panel from the hall for visitors.
In the depths of the hall is a chamber stage for various events. DARGET craft brewery restaurant IMAGEMANSTUDIO design and style.

You can see the corporate identity of the restaurant-craft brewery “DARGETT” on the partner’s website.