Walking on the rooftops of authentic Yerevan 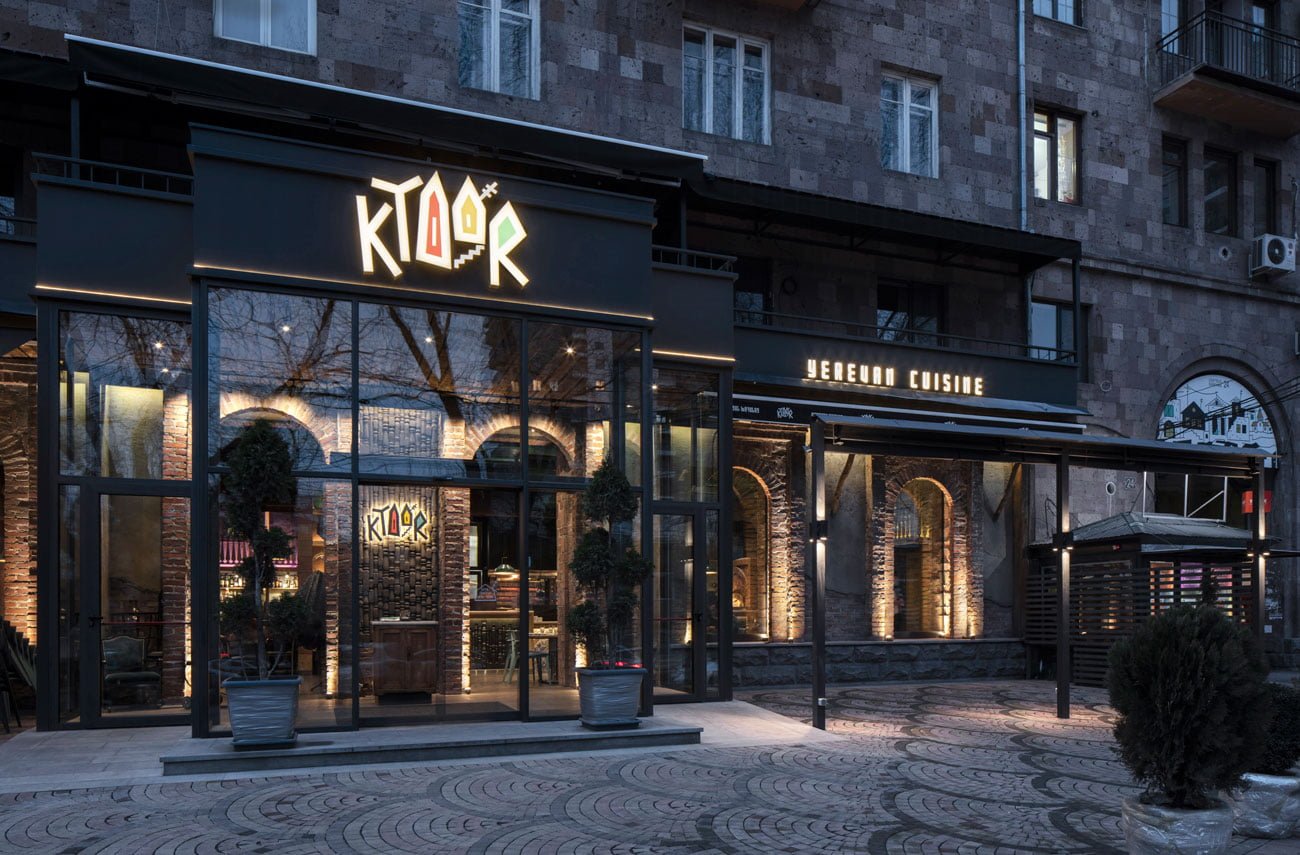 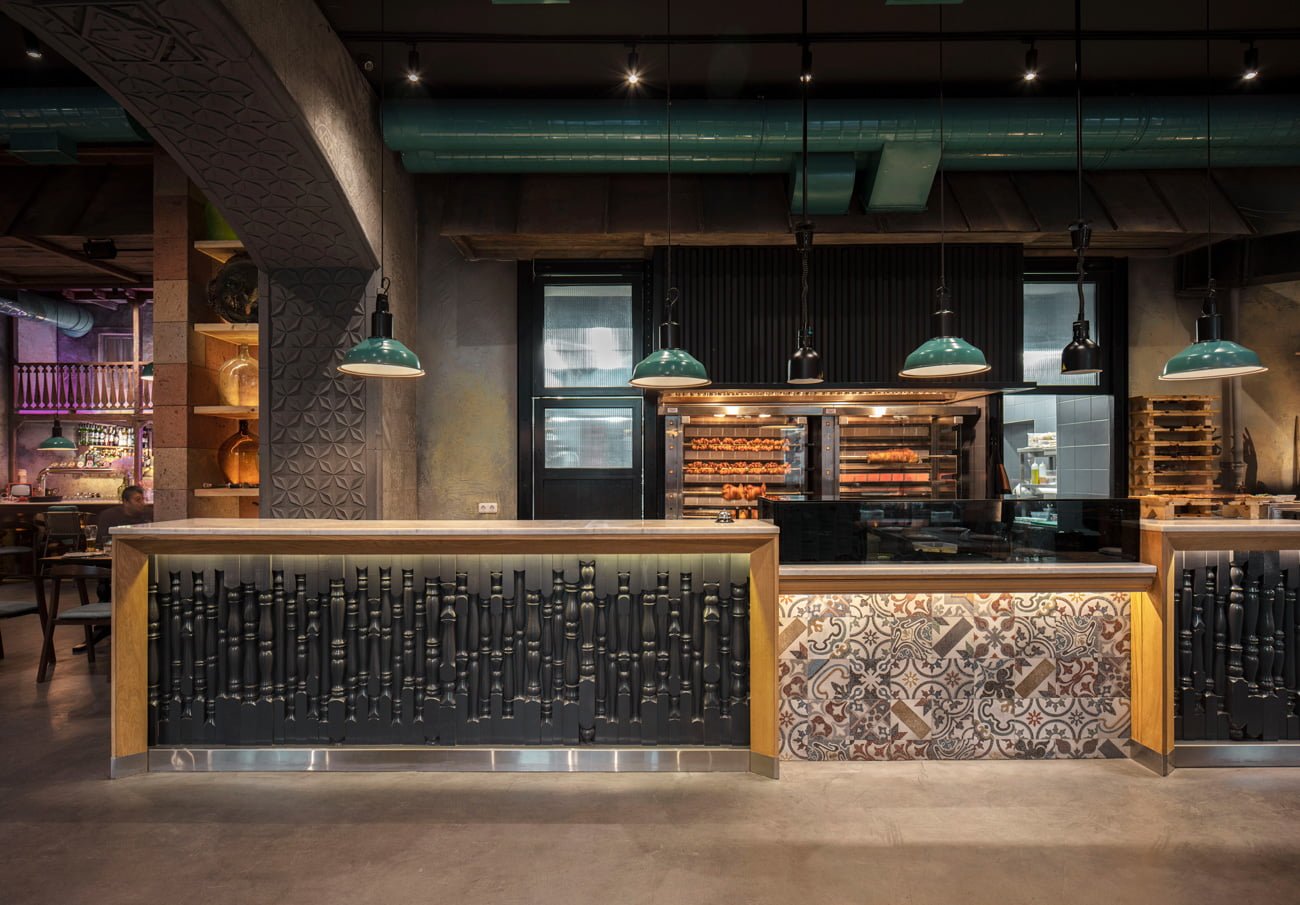 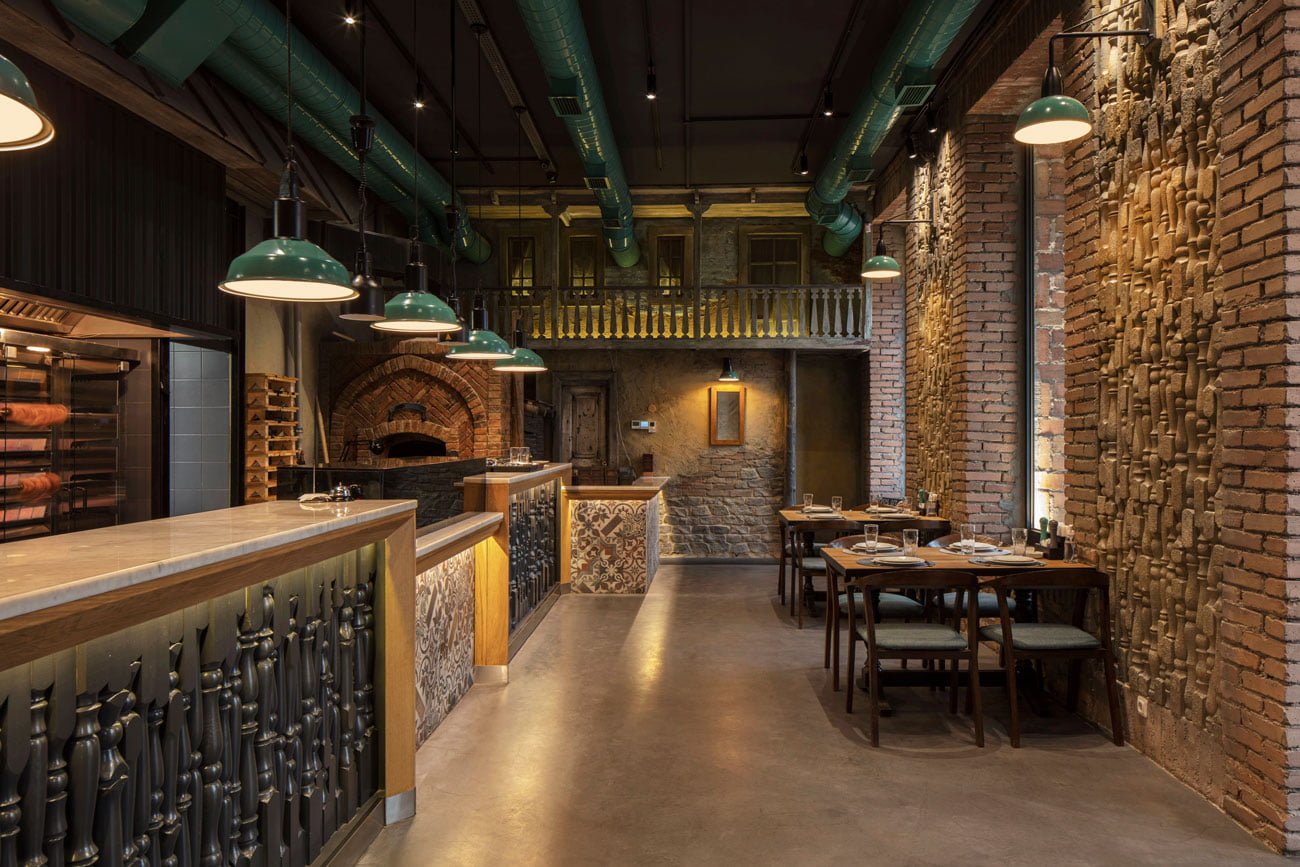 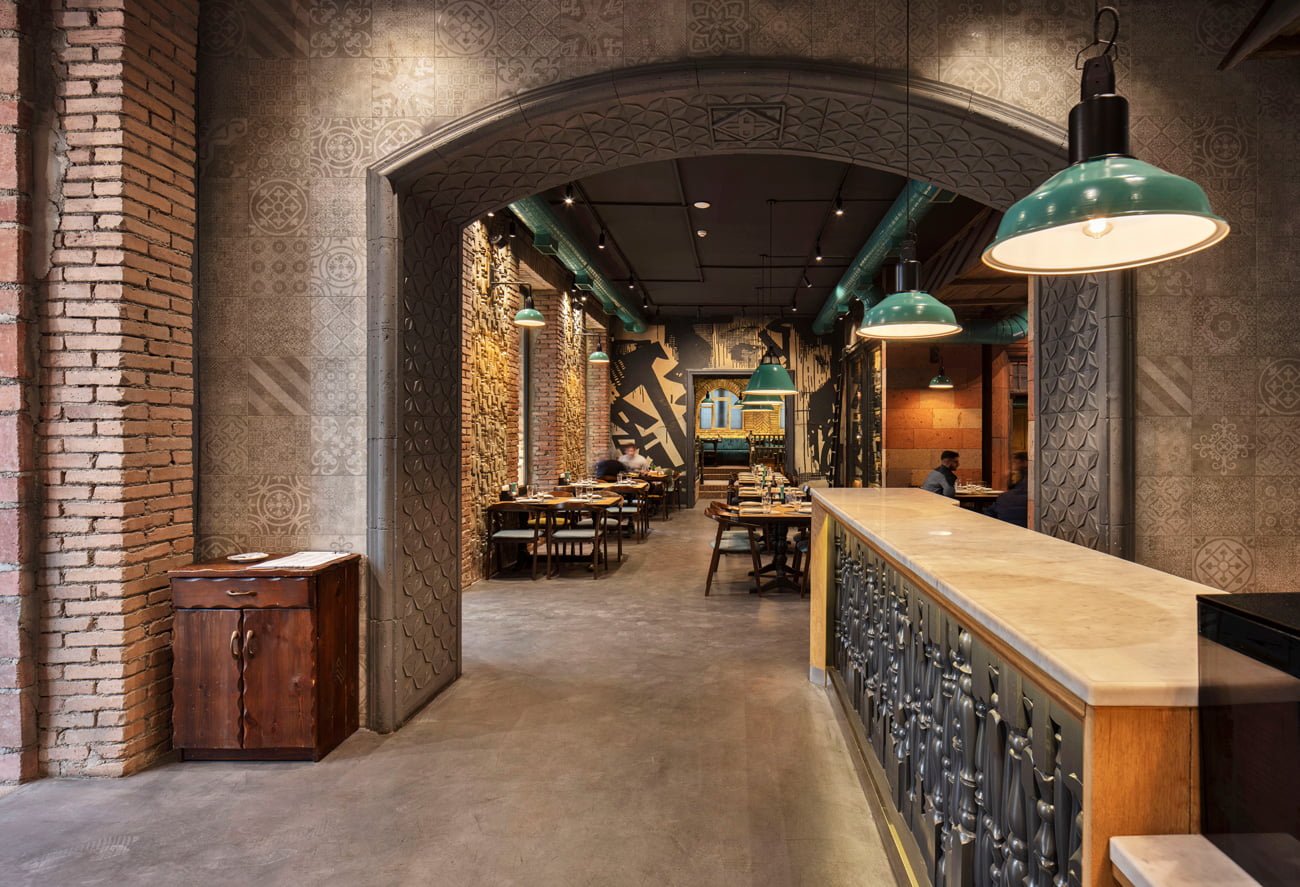 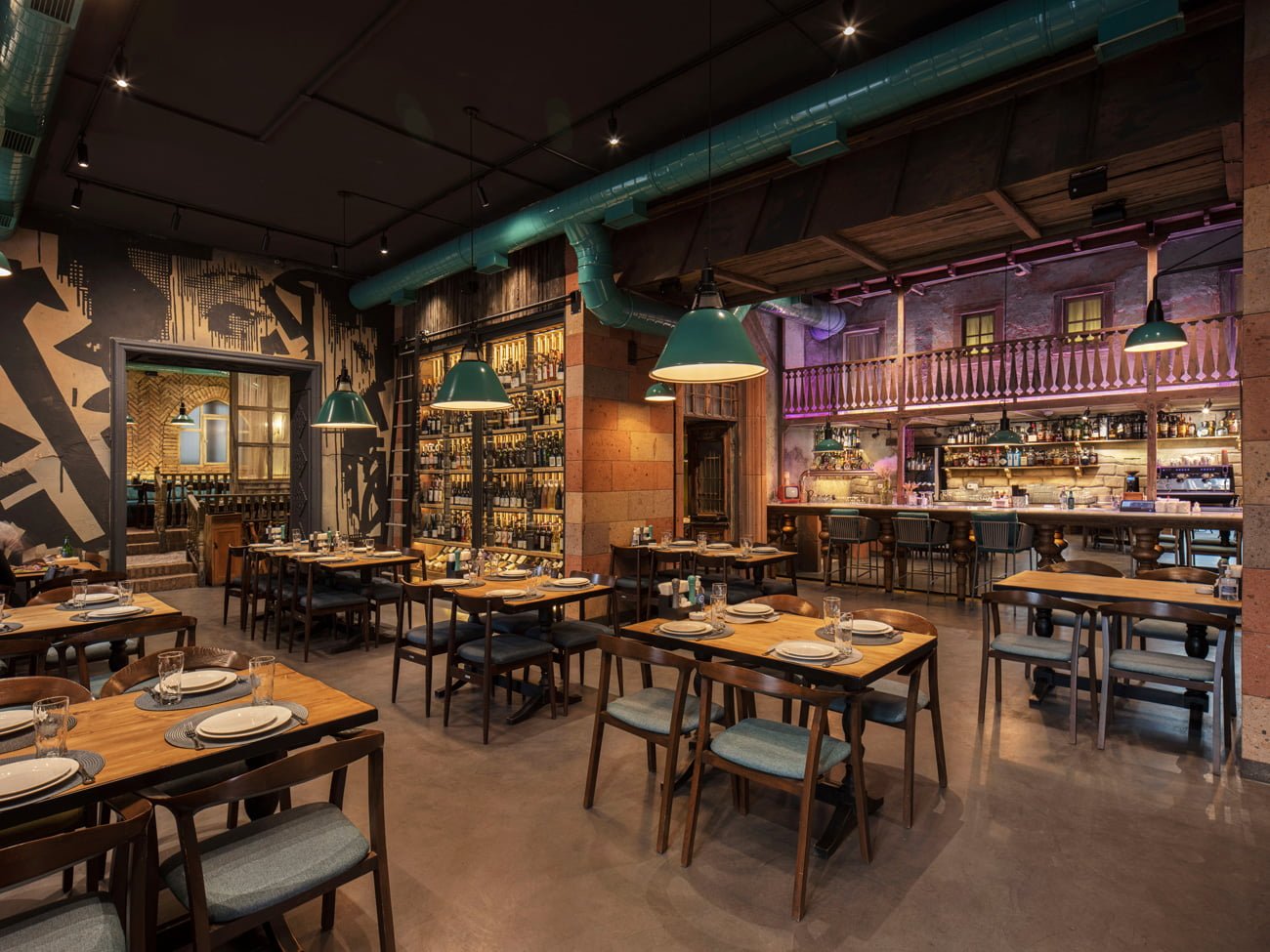 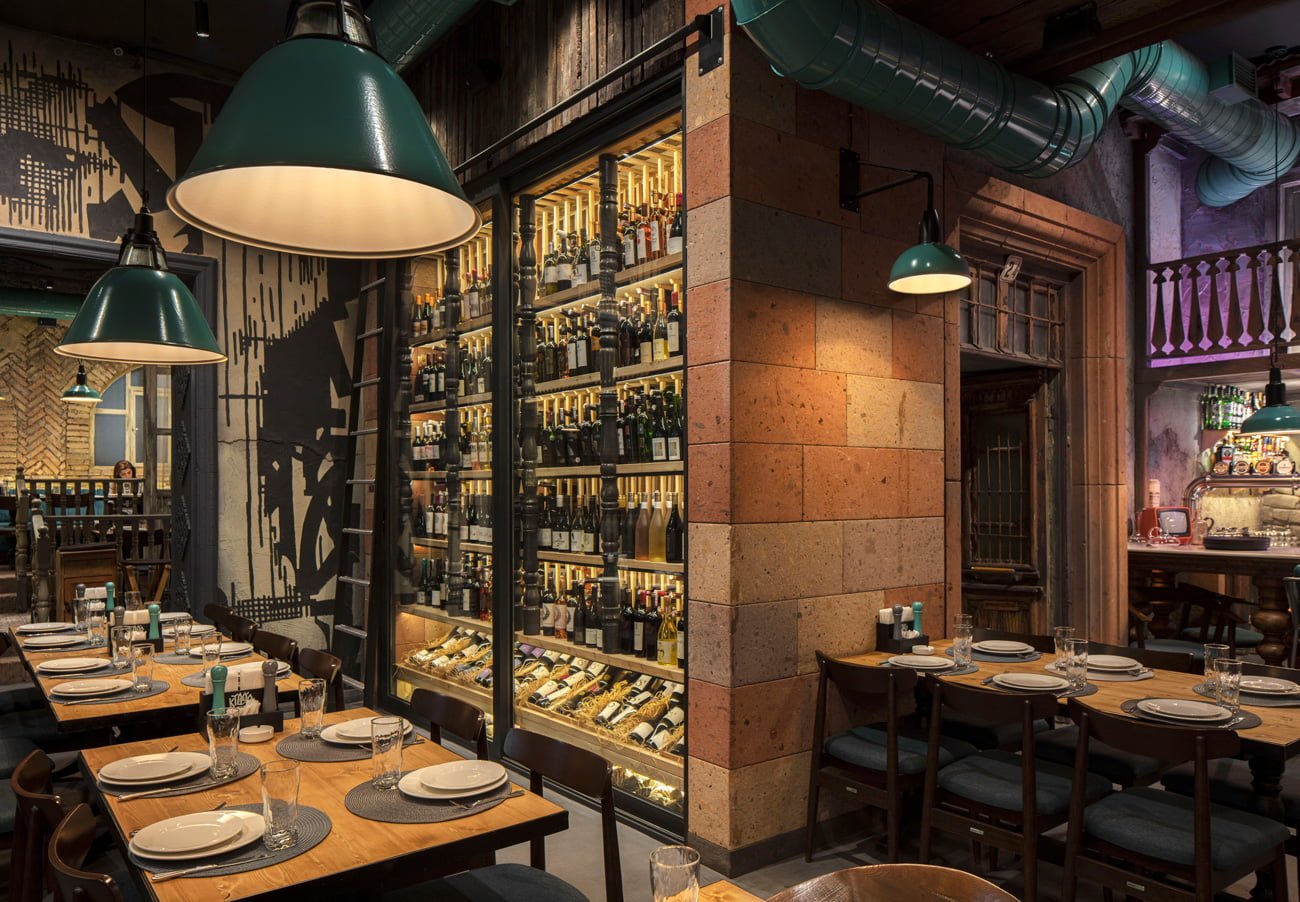 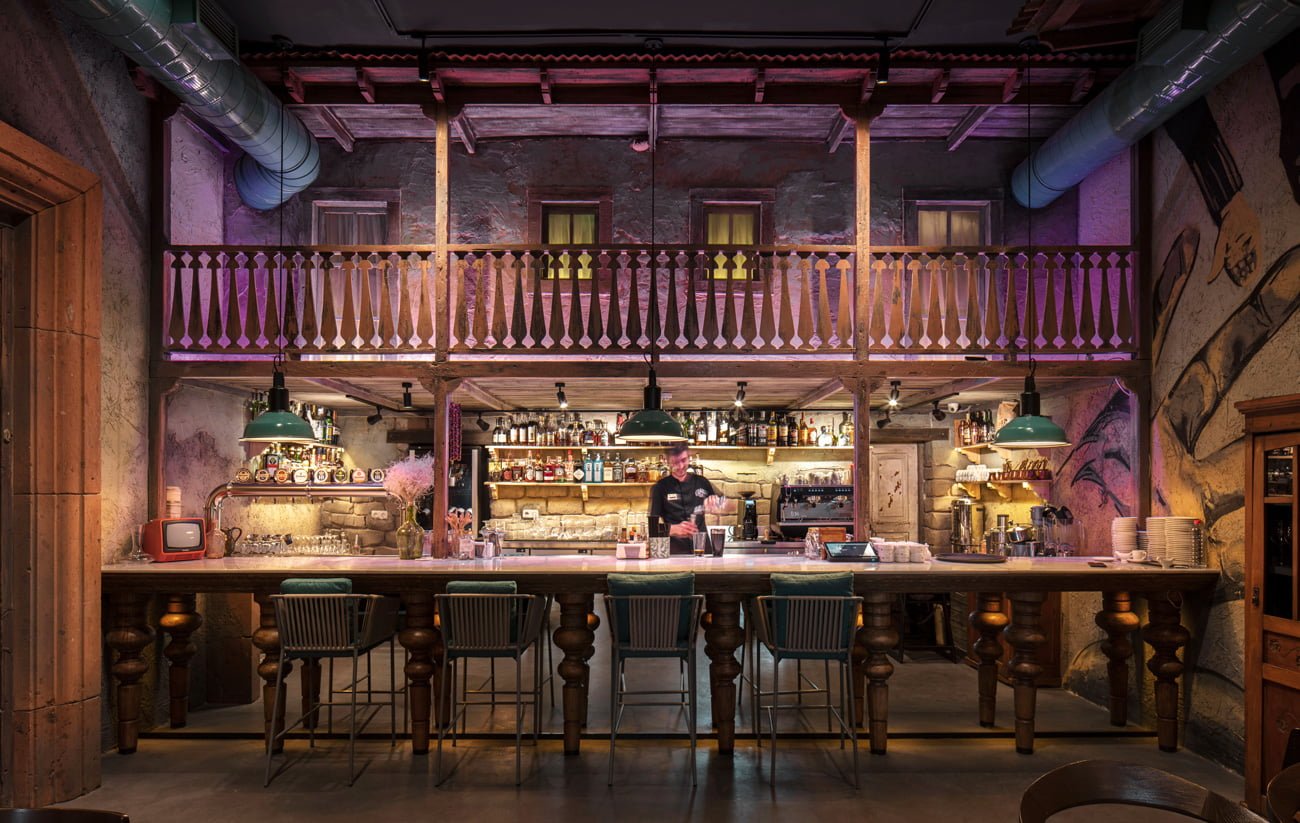 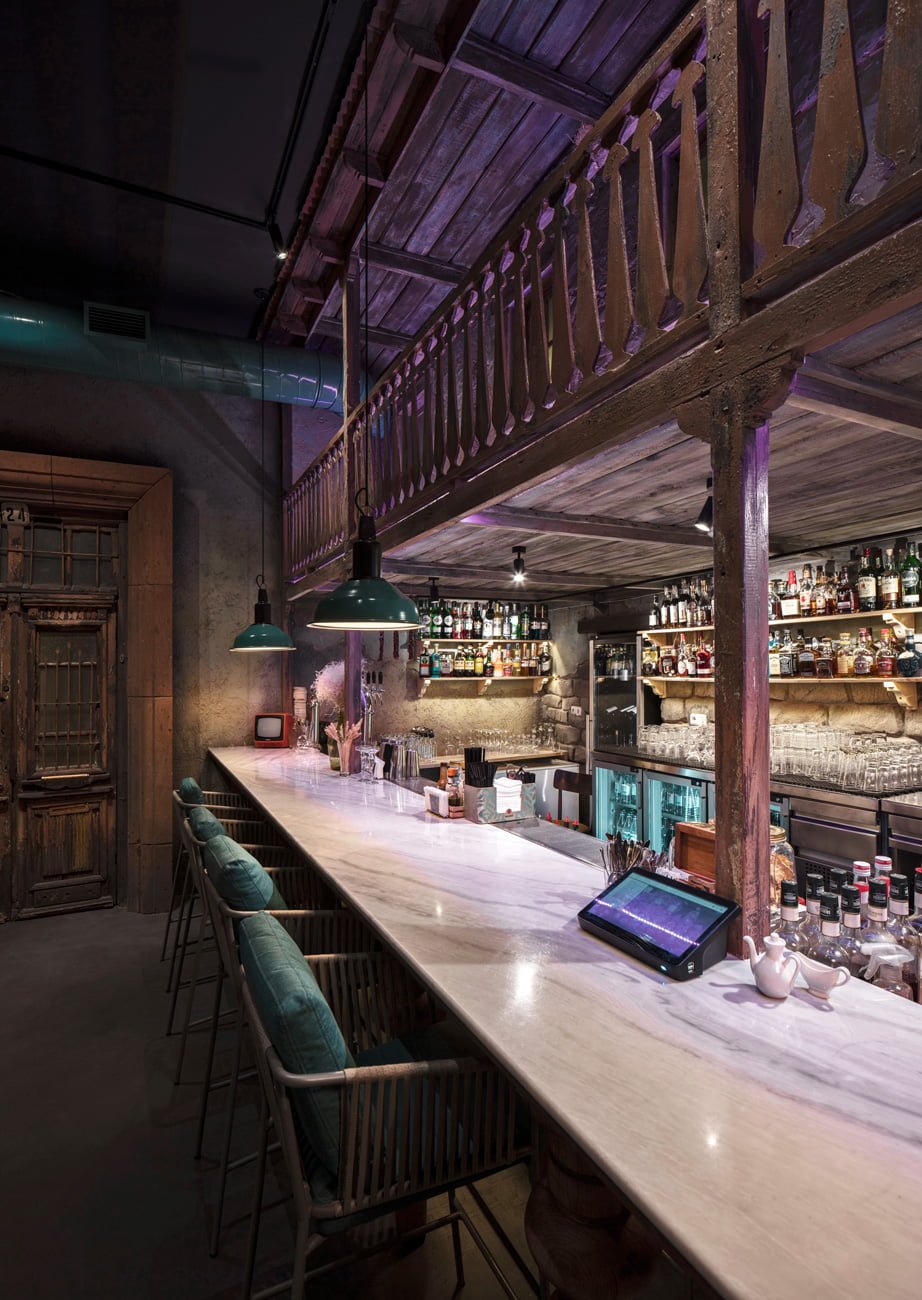 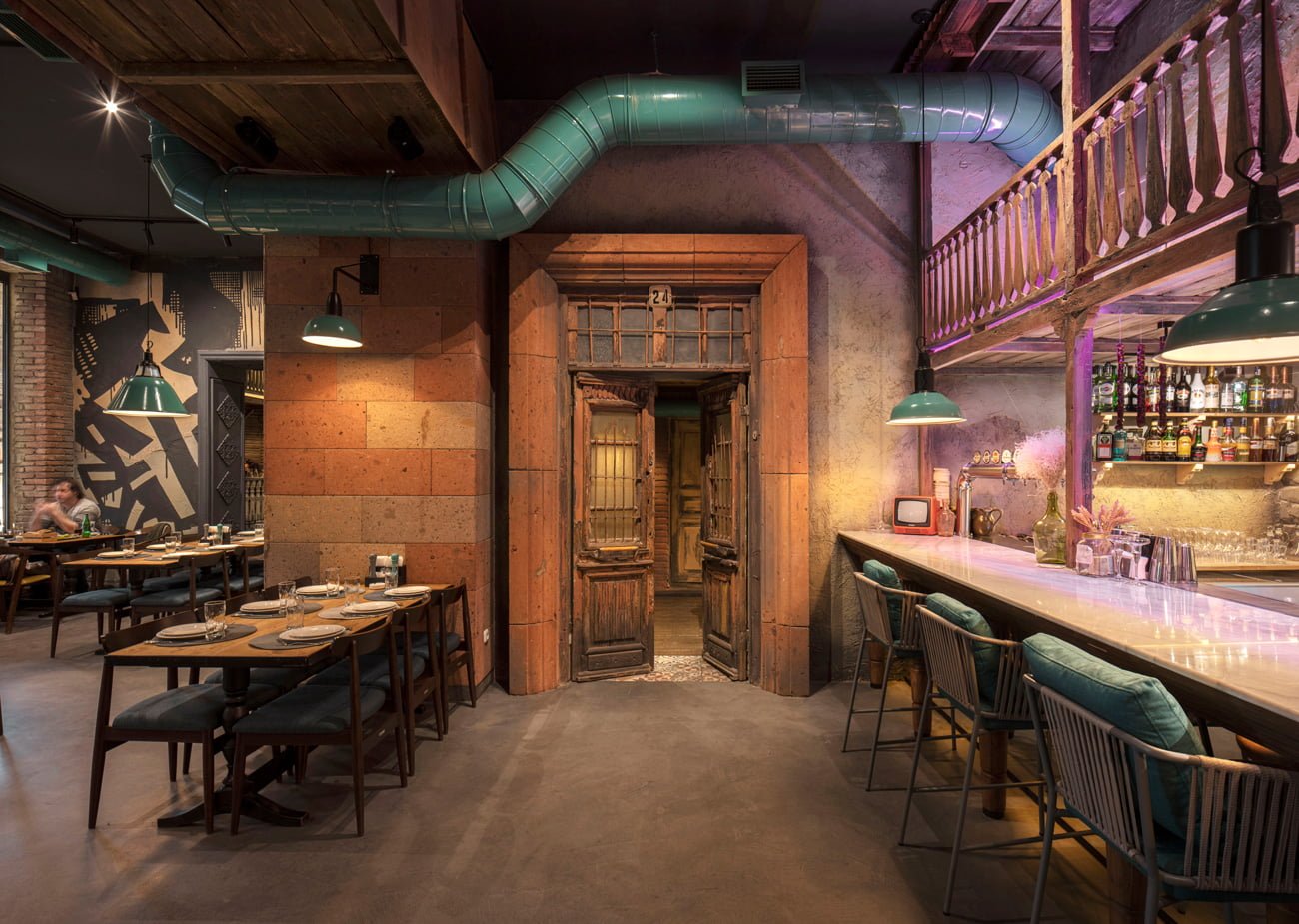 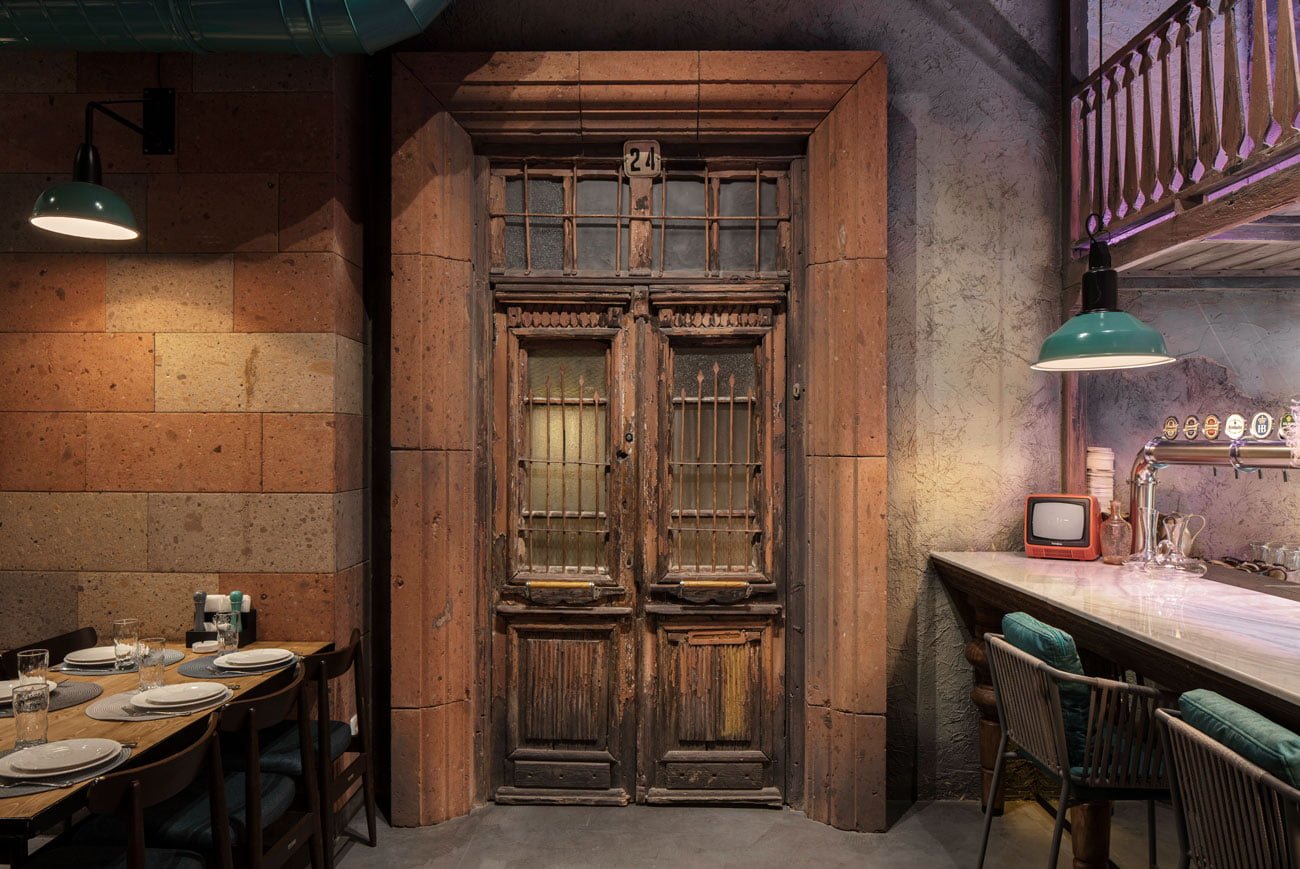 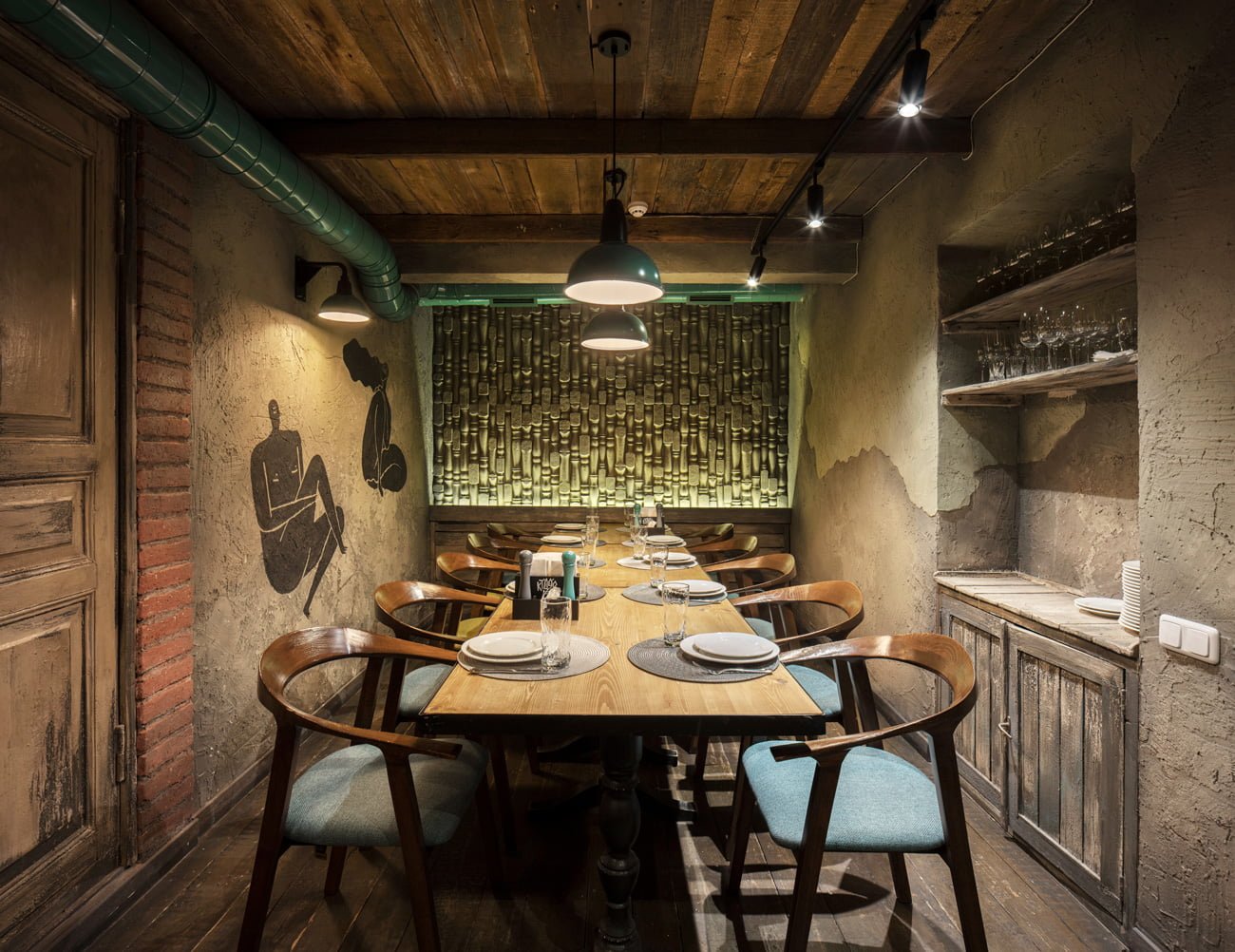 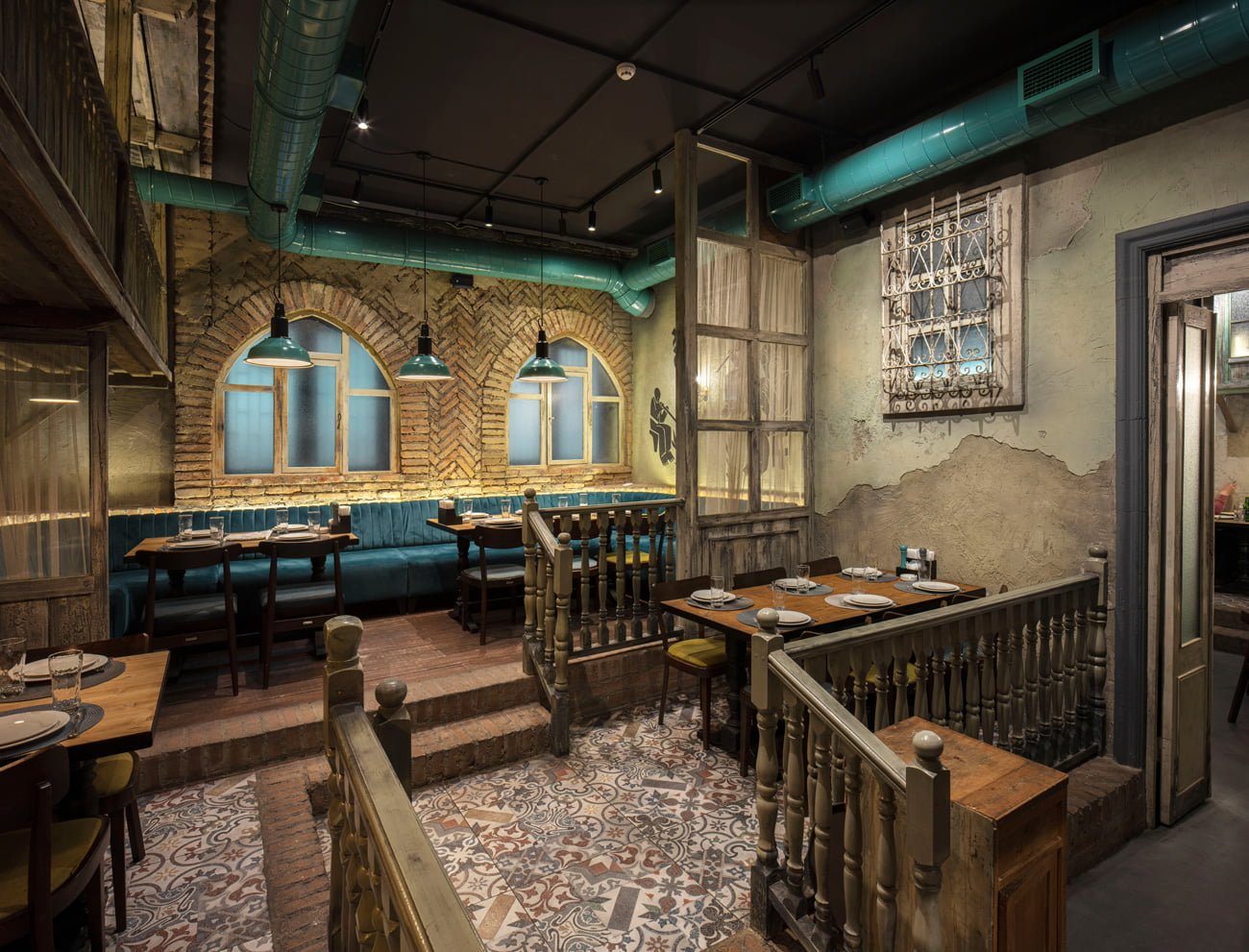 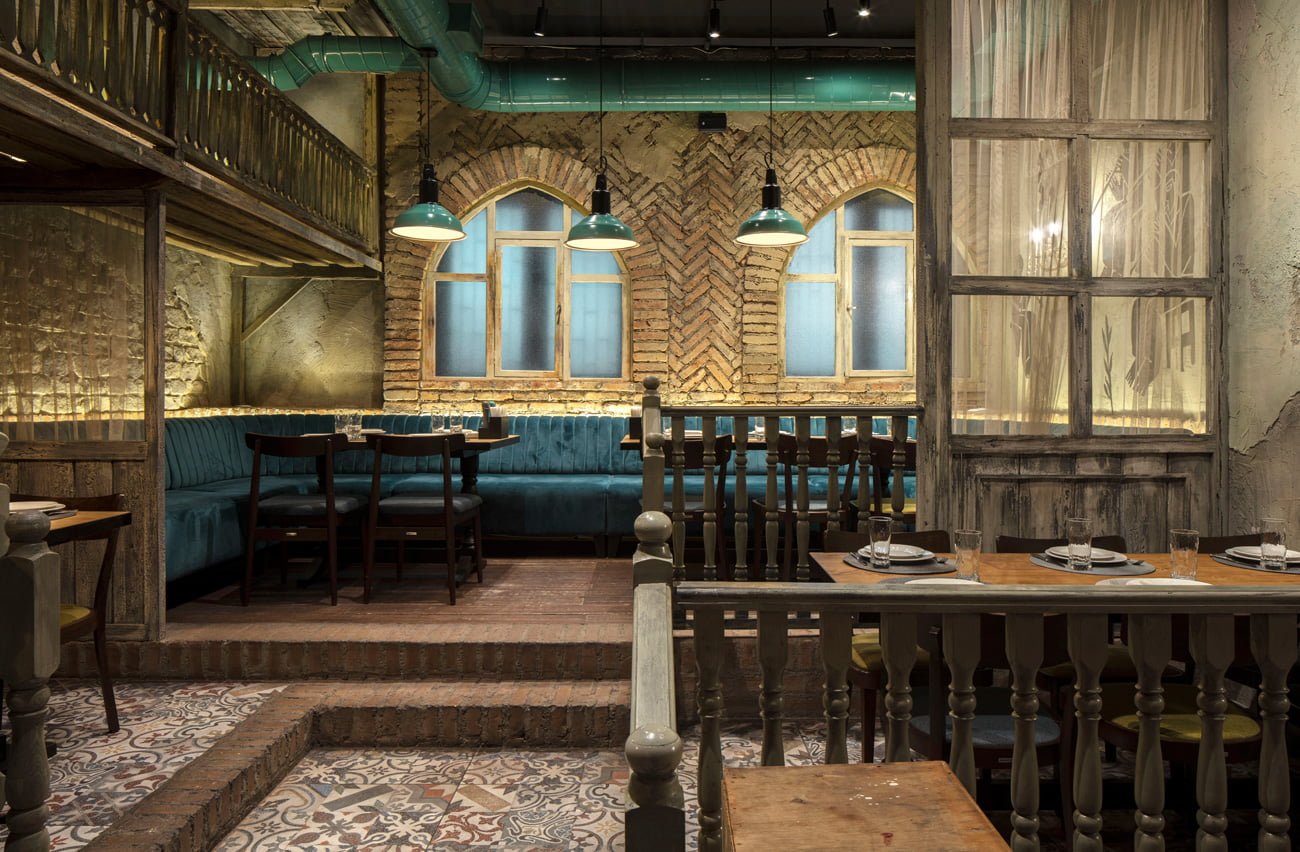 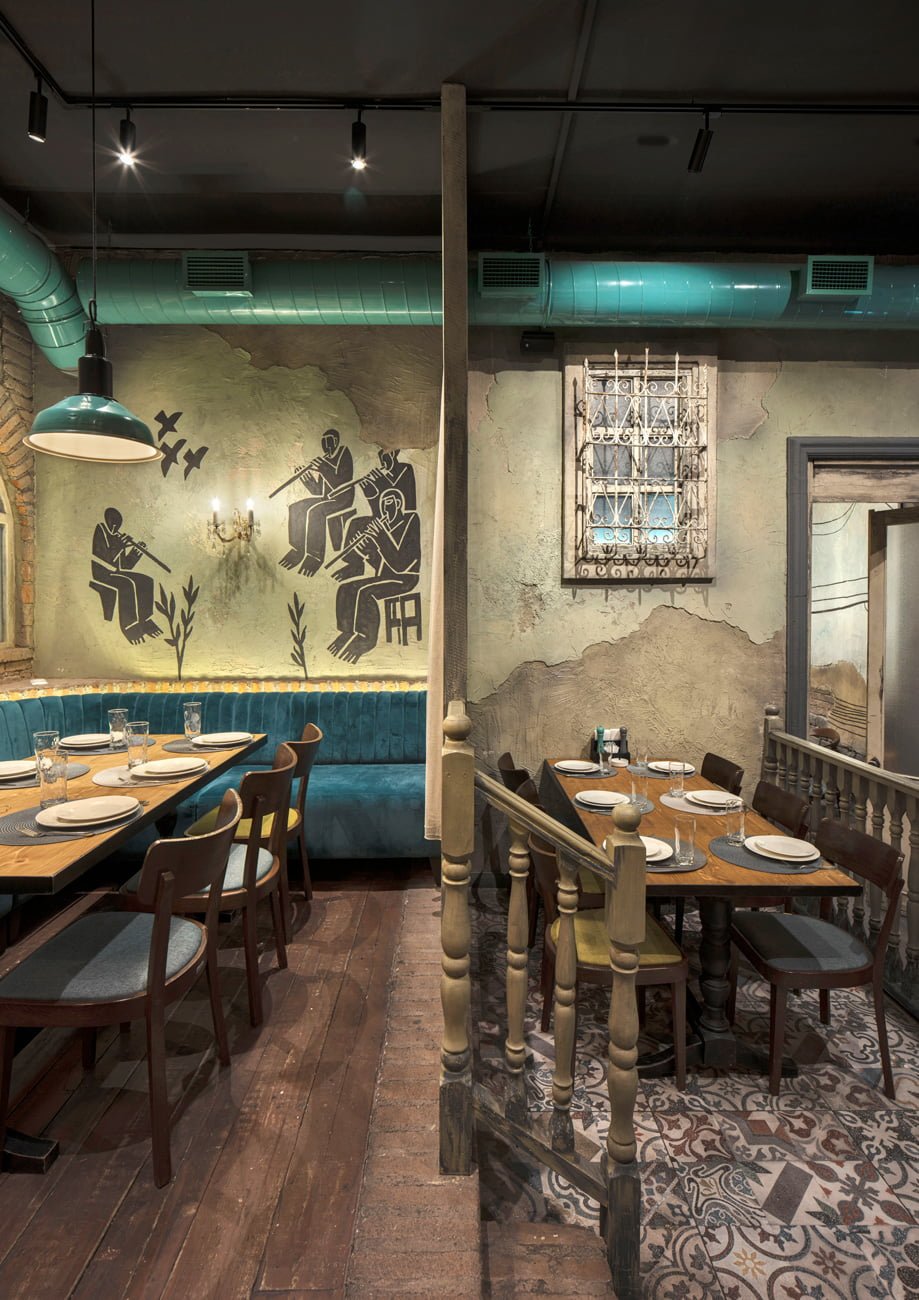 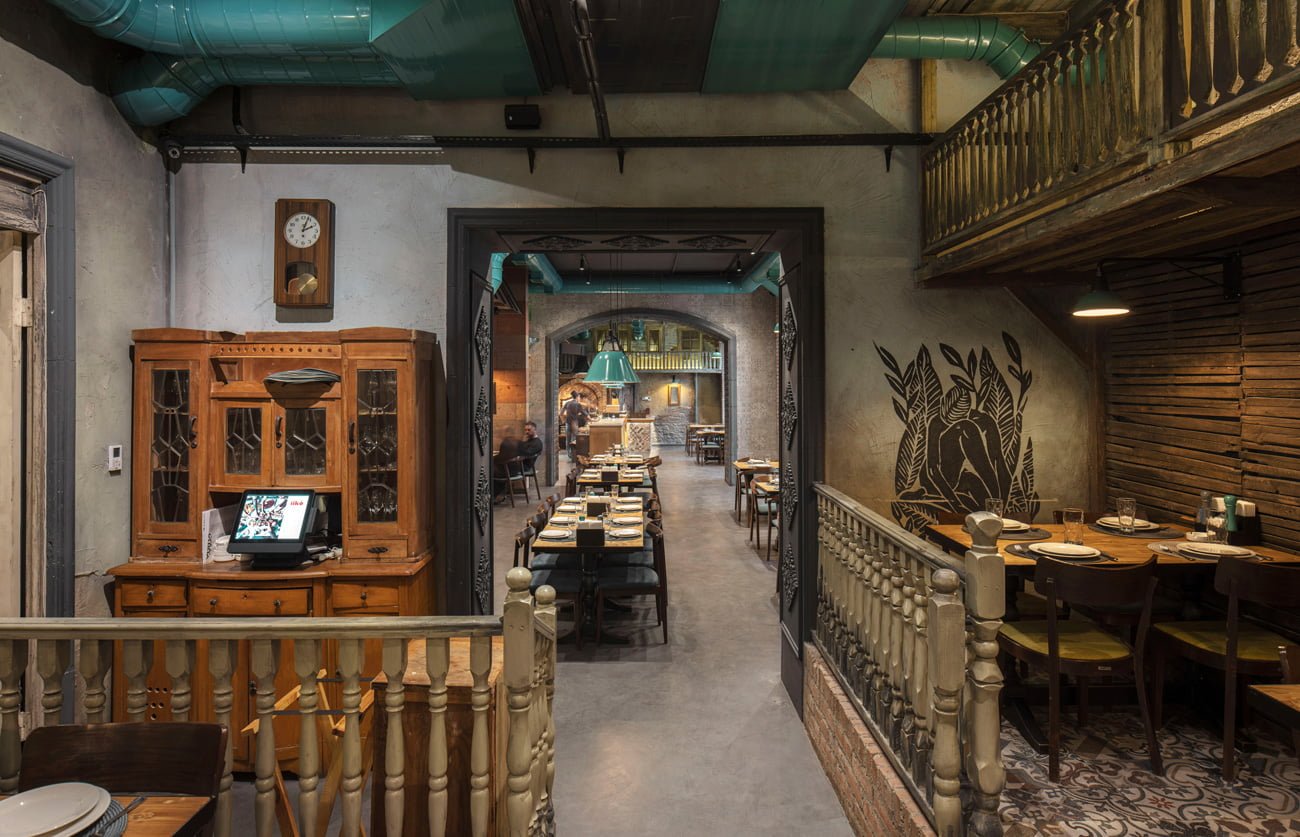 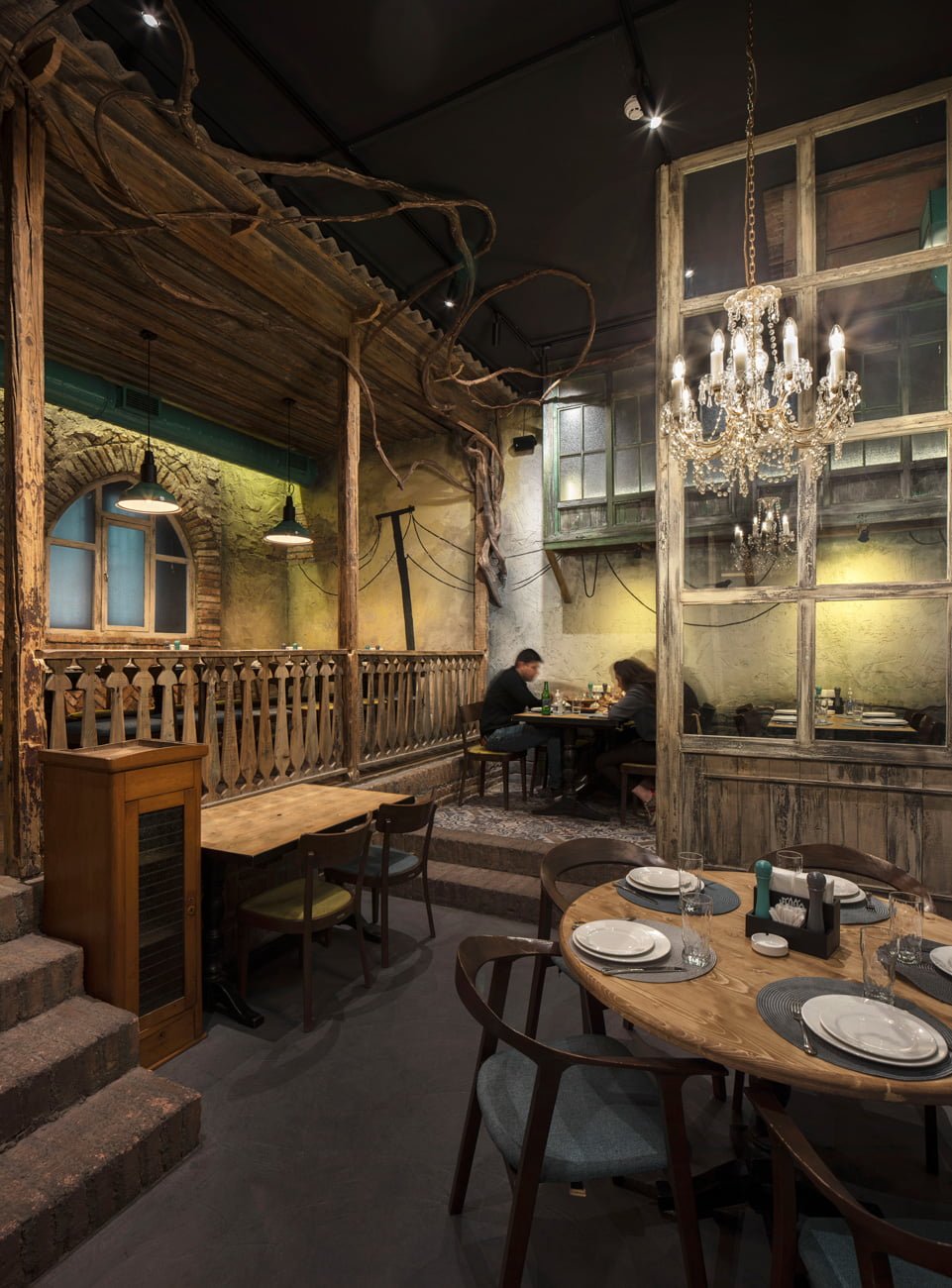 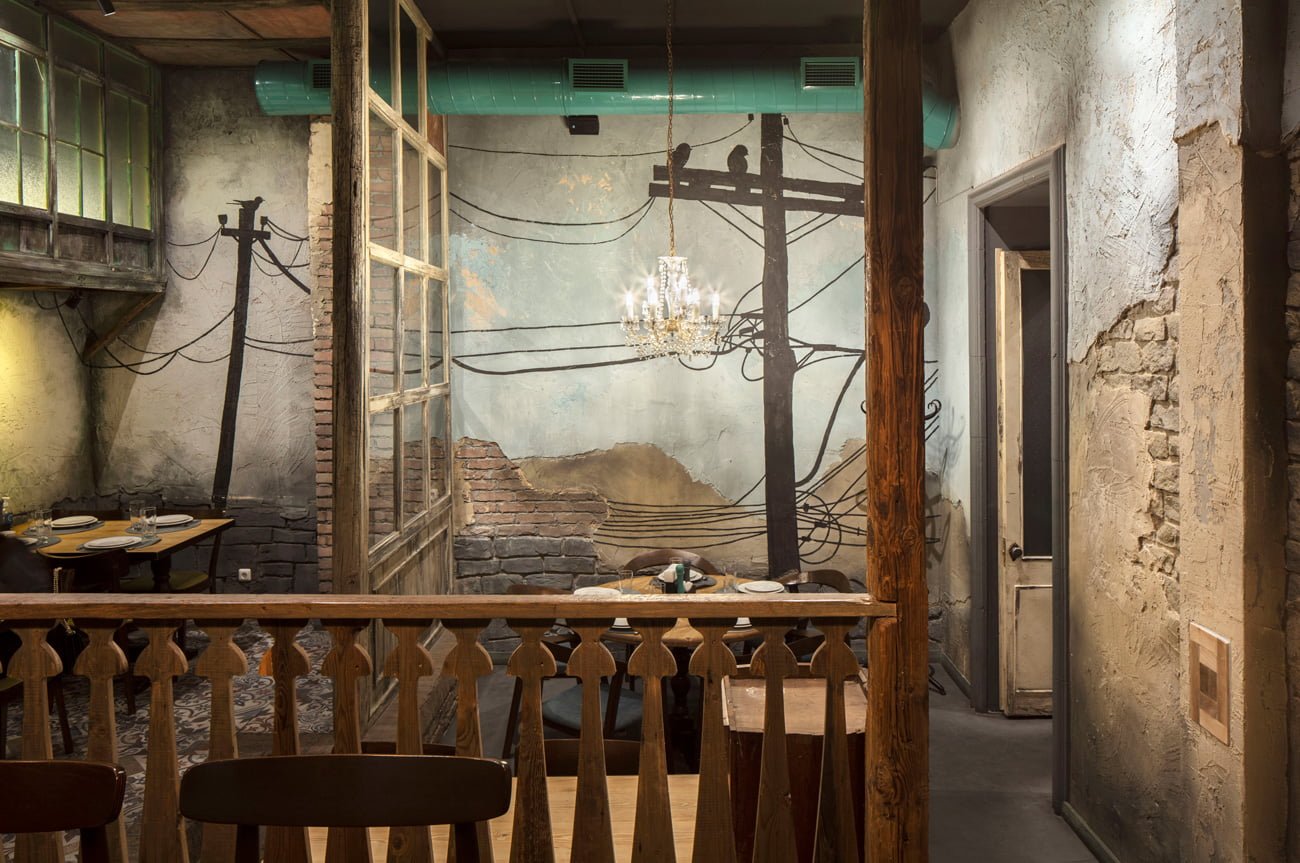 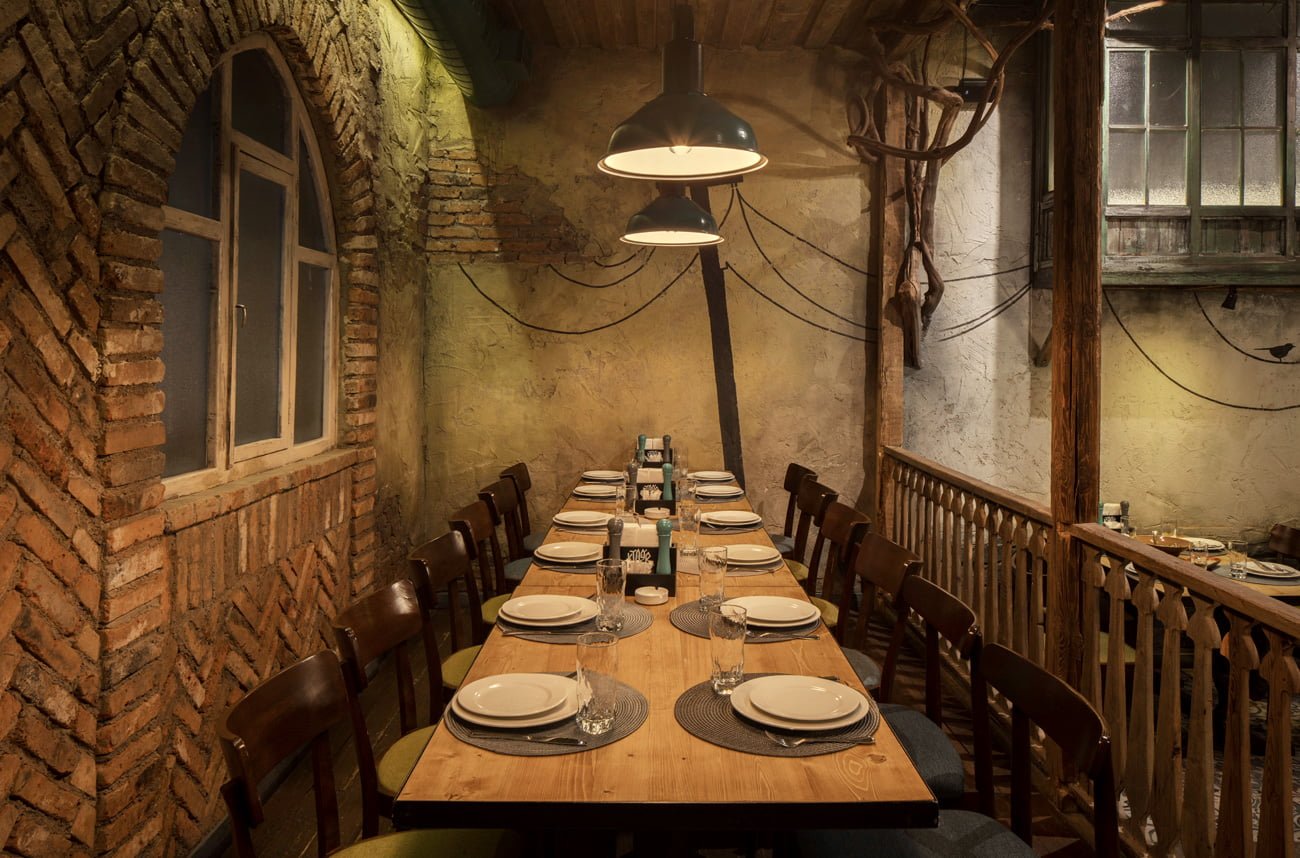 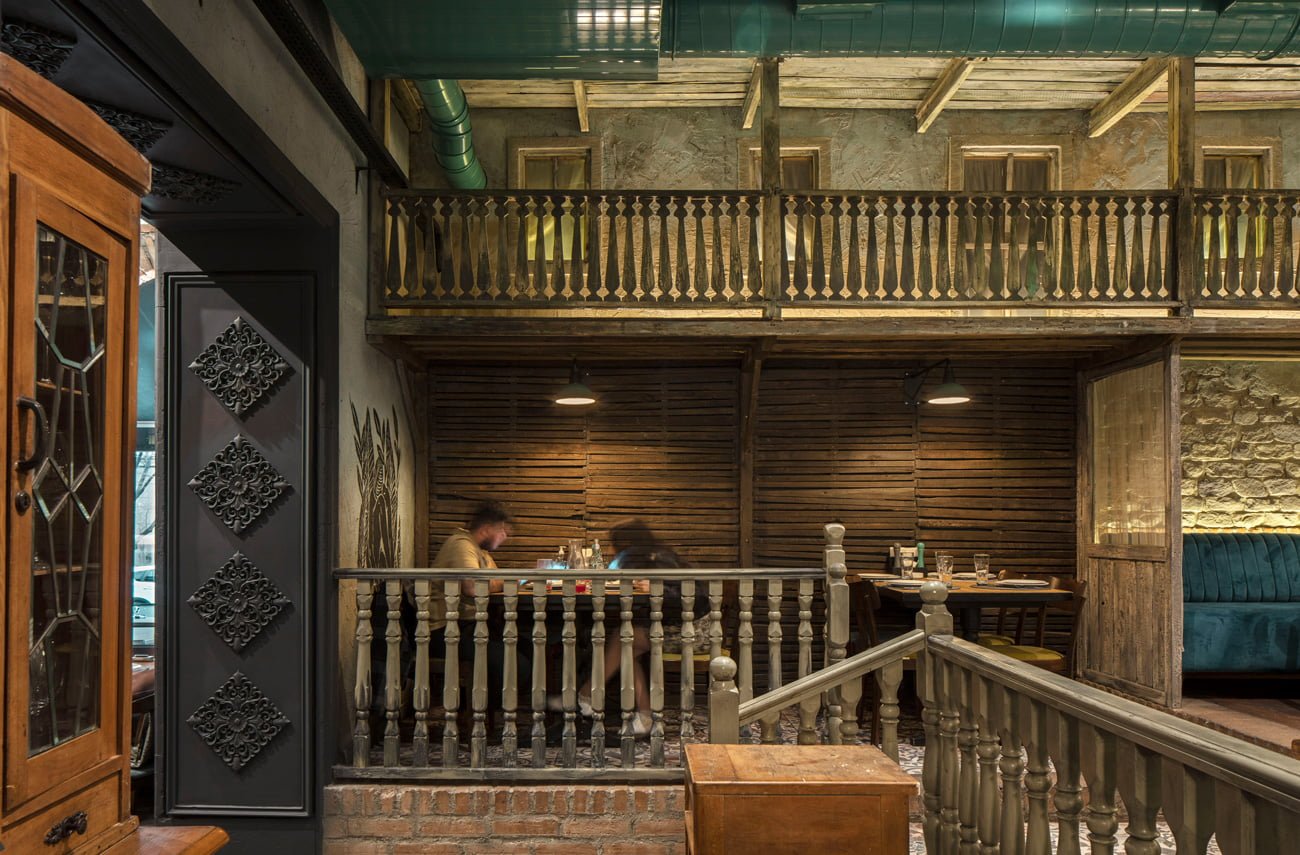 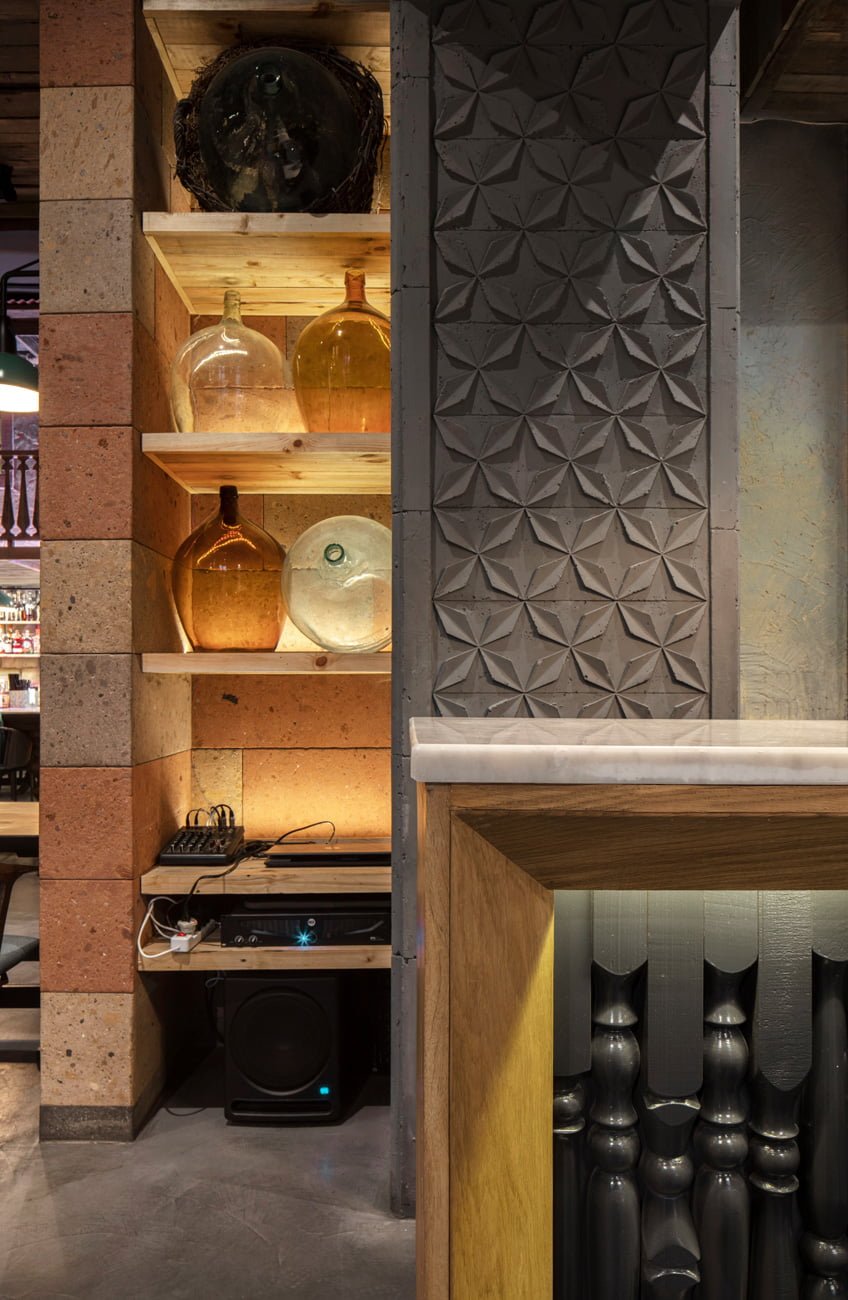 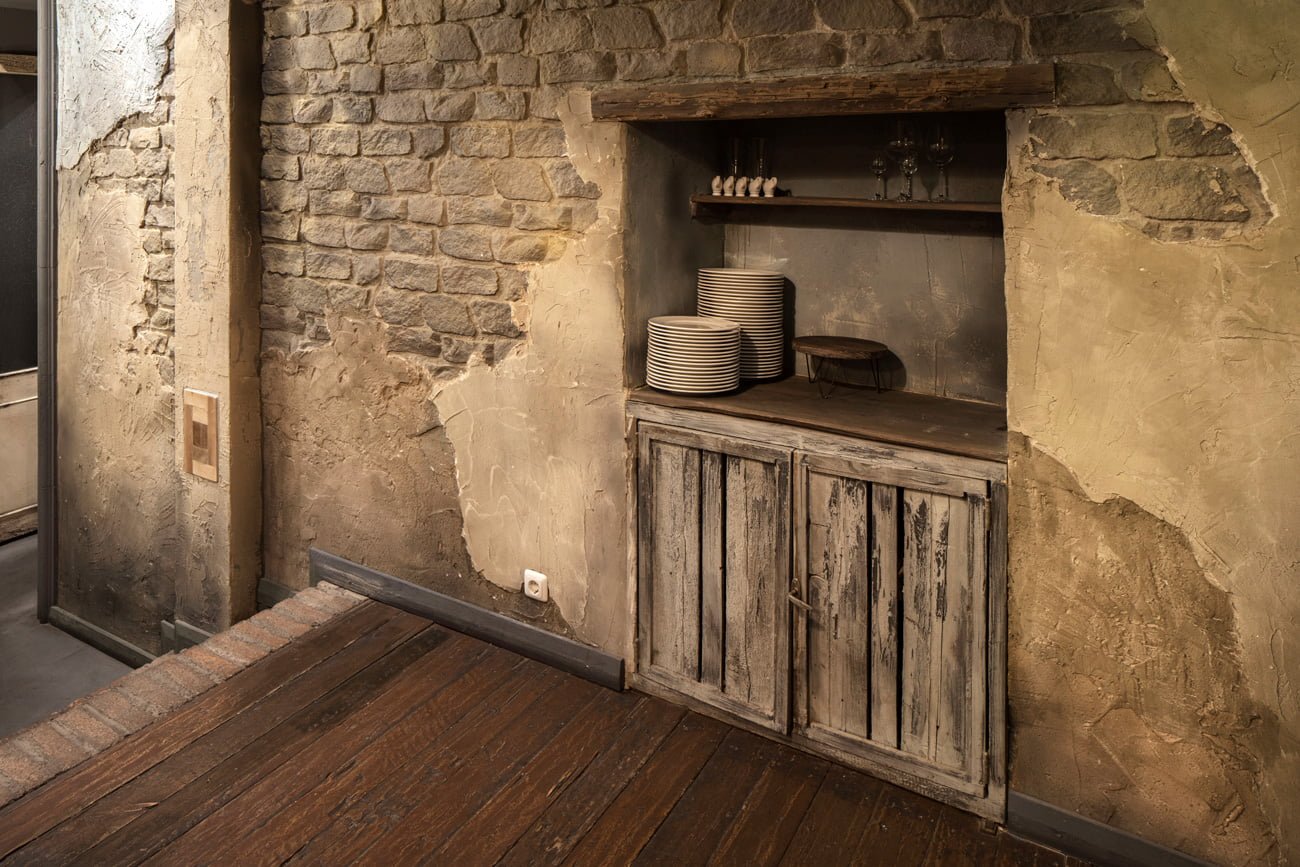 Walking across the rooftops

On the edge of the most gastronomic street of Yerevan on Saryan street, literally at the approaches to the legendary Kond. Perhaps the most colorful restaurant  Ktoor has opened. KTOOR Restaurant walking on the rooftops in the center of city designed.

Initially, the concept of the restaurant had not yet been thought out and formulated. And only after the head of the Imageman studio Mikael Karsyan walked through the neighborhood. The idea immediately came that such an iconic neighborhood, at least, obliges. After studying the history of the city. Archive documents and photos, researching the block, and conversations with residents, the concept was completely formed. The periods of tsarist Russia, the years of the first republic. And even the communist period were analyzed, and how they influenced the history and formation of the district.

Life and traditions of the multinational population are the most interesting. Their way of life, folklore and of course the gastronomic component. Today, when high new buildings are being erected at every step. Kond seems more like an urban slum, but it remains the only oasis of authentic Yerevan. Where the traditions and coexistence are kept side-by-side, a neighborhood without personal space, and when everyone is known by name.

The aim of the restaurant

When the concept was already defined, the partners of Imageman Studio – branding agency “Braind” suggested the name of the restaurant “Ktoor”. Which in Armenian means roof. The roof is a very iconic feature in Kond. The houses are built in such a way that the roof of one house serves as the yard of the neighboring one. And these roofs seem to alternate with each other. And such a dense building in Kond turned neighbors into a kind of family and relatives. And their life in this area was and is like life under one roof. Armenians, Persians, Azerbaijanis, Turks, Isids, etc. used to live in Kond. The multinational character of this region has determined its peculiar way of life, specific the Yerevanish one. And the aim of the restaurant was to transfer this special microclimate and folklore into the atmosphere of this place, interior, and menu.

In the Soviet period, a famous grocery store was located at this place. A specific feature of which was its windows overlooking the sidewalk. The entrance area of the Ktoor restaurant seems to pay tribute to this grocery. However, adhering to the general concept and reference. The Ktoor facade resembles an opulent house in Kond, completely clad in brick.

The interior is very authentic as if you are walking along the Kond and looking into the yards and windows. Along the entire perimeter of the main hall and other rooms, small old wooden balconies hang from the ceiling. As if they have survived more than one generation, behind which shabby little window frames flaunt. Balcony balusters in the interior are also patterned under the bar counter. Where they are adjacent to decorative tiles reminding the floor of old houses. This pattern is also ideally inscribed in some interior walls, while others are made absolutely authentically. In the Kond style, sloppy plaster, which has already fallen off due to many years, weather conditions, etc, and bearing bricks are visible from under it.

In the second hall, a Persian mark on the history is clearly visible. Where the front wall is built in the form of a Muslim arch, reminiscent of the dome of a Mosque. There is also a magnificent terrace, over the roof where a grape tree hangs. Creating the feeling of sitting in the courtyard. And an old Czech chandelier gives home comfort and nostalgia to grandmother’s house.

Connoisseurs of originals will especially note the rare finds. Such Like the doors from old Yerevan houses and one of the pearls of the restaurant – window bars. This is how the authors of the project approached the matter with trepidation, respect, and love.

At the same time, a modern wine showcase with a wide assortment of exclusively Armenian wines. And a huge bar counter with a rich selection of alcoholic drinks and cocktails harmoniously fit into the recreated old interior.

Feature of the interior

Another notable feature of the interior is the street artwork on the walls, depicting scenes from the life of Kond. Street musicians, courtyard games, rickety wooden electric poles. And in the center of the composition. If you look closely, you can see the silhouette of a woman’s face, the lower part of which is cut off by a massive door. This composition has a deep meaning, which epitomizes the former lack of voting rights for women in Kond.

All this entourage and immersion in the atmosphere of the old Kond would not be complete if not for the skillfully designed menu of the Ktoor restaurant. The dishes prepared by the locals of Kond are authentically recreated. There are Armenian, Azerbaijani, Turkish, Persian and all the diversity of the multinational ghetto here. This gastronomic synthesis is authentic Yerevan cuisine. The meat on a spit is languishing right in front of the restaurant’s visitors, and bread, lamajo, and other delicacies are baked literally in the hall.

In addition to the colossal tourist significance, this restaurant is of great value for Yerevan and for the residents of Yerevan. Who value the city history, lost architecture, and forgotten city folklore.

See the brand book of the KTOOR restaurant on the partner’s website.